Weeks Of Snow And Rain, So Is California's Drought Over? 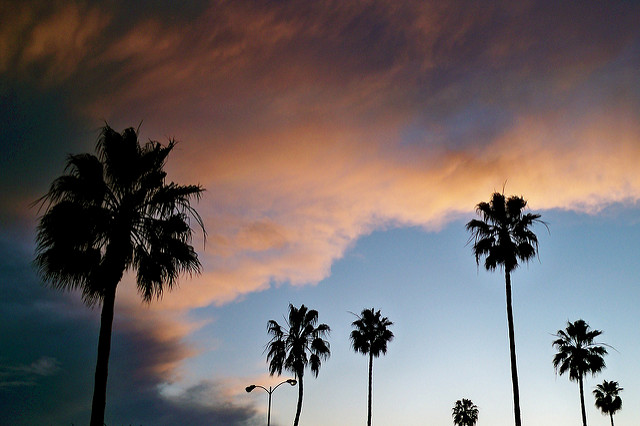 (Photo by nopantsboy via the LAist Featured Photos pool on Flickr)

Up in Northern California, winter 2016-17 has been one of the wettest on record. At Mammoth Mountain, the seasonal snowfall has already hit 248 inches — over half of the seasonal average, and we're not even done with January.

Down in Los Angeles, the week of January 8 through 15 gave Downtown Los Angeles 2.86 inches of rain, according to the Department of Water and Power. Hacienda Heights saw 3.78 inches of rain, Rollings Hills saw 2.38 inches, and 1.84 inches fell in Northridge.

So is the drought over?

“You’ve seen jumps in snowpack and precipitation amounts," state climatologist Michael Anderson told the Los Angeles Times. "You look at the charts, you see the line just pretty much go straight up,” He added that for most of California, the end of the drought "is in the realm of possibility now, which is kind of a nice thing to think about.”

According to the United States Drought Monitor, as of January 10, 41.78 percent of California is out of the official drought category. However, the parts of the state still under drought conditions are almost entirely in the southern half of California, with the most intensely dry areas centering around Ventura County. 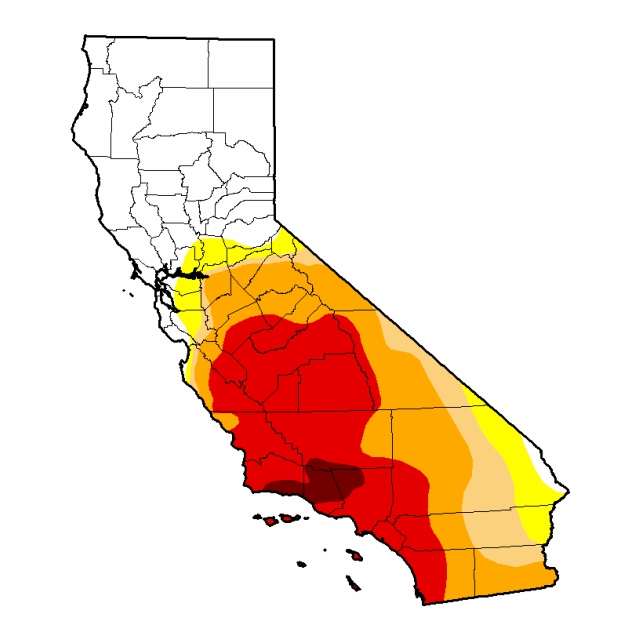 “We can’t say that we’re no longer feeling the impacts of the drought,” Deven Upadhyay, water resource manager for the Metropolitan Water District of Southern California told the Los Angeles Times. “Later this year, we may be able to say that we’ve really turned the tide and the drought’s over, but we’re not there yet."

“I sometimes talk about it as being more like a nine or 10-year drought,” he continued describing how, despite unusually precipitation levels this winter, next year may go right back to drought conditions. “Really, the only wet year we had was 2010-11. That was a single wet year in what is really kind of a prolonged drought.”

“We still have three historically wet months ahead of us so there's still time for the snowpack to build and improve before it begins to melt, which usually starts to happen around April 1," Anderson stated in a press release, notes City New Services.

As for the week ahead? Los Angeles should expect to more rain.

The week will stay dry and mild through Wednesday, Scott Sukup of the National Weather Service told LAist. Then, Wednesday night into Thursday morning, the first storm of the week is expected to drop a quarter to three-quarters of an inch of rain, with the snow level dropping to 5,000 feet by Thursday morning.

The second storm, moving in Friday, is expected to be colder and wetter. The storm should drop an inch to an inch and a half of rain, with the foothills and mountain areas seeing the heaviest rainfall. Sukup continued, "and we expect the snow level to be between 4,000 to 5,000 feet for the duration of the storm."