Watch The Trailer For 'Raw,' the French Cannibal Horror Film That Made People Faint 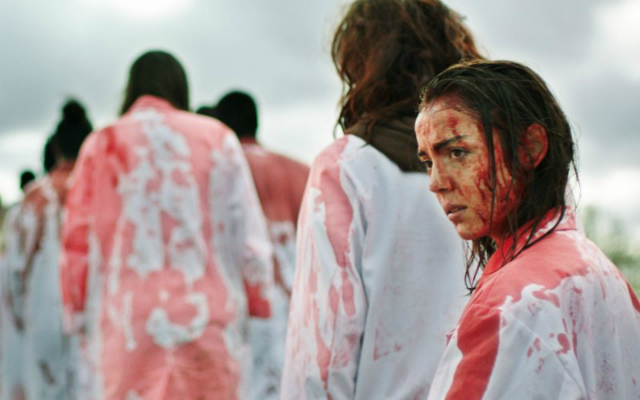 If making viewers have visceral reactions to a film is a director's dream come true, French filmmaker Julia Ducournau hit the jackpot when her coming-of-age horror flick Raw made some audience members at last year's Toronto International Film Festival physically ill (multiple patrons "fled for the aisles with the gurgles mid-movie," according to The Daily Beast.) It's not too shocking considering the film’s premise: 16 year-old veterinarian student and strict vegetarian Justine, played by Garance Marillier, begins exploring new interests—and her’s just happens to be cannibalism.

Set on a dystopian-looking campus, the trailer follows Justine as she tries and fails to suppress her growing obsession after being force-fed a rabbit’s kidney as part of a hazing ritual. Justine slowly gives in to her feral urges and things escalate from eating raw chicken as a midnight snack to gorging on her roommate’s gaping wound. You know, college stuff.