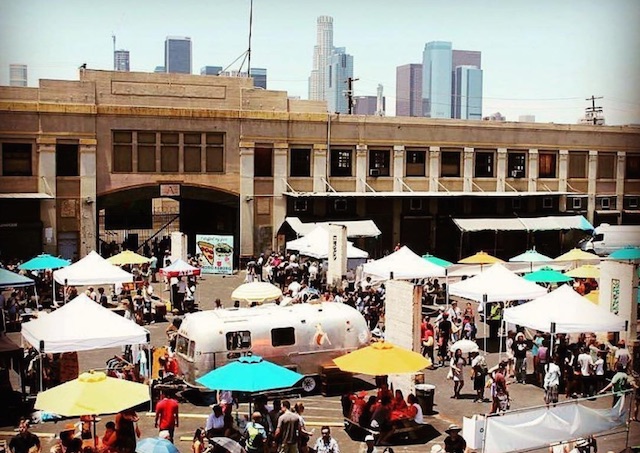 Smorgasburg made its New York debut in 2011 as a spin-off from Jonathan Butler and Eric Demby's Brooklyn Flea, and opened in L.A. last summer at downtown's Alameda Produce Market. The weekly Sunday market closed for the holidays in December and will officially reopen for 2017 on January 15.

Brothecary, according to their website, appears to sell high-end bone broth in a variety of flavors. Some of the flavors that high-end bone broth can come in in 2017 are "Broffee" (a coffee-based concoction), "Beet Blush," and "Hot Greens." And it all actually looks pretty delicious, per their Instagram.

L.A. Weekly reports that Bukchae can be described like so: "Imagine the turkey legs at Disneyland, then imagine them prepared in the style of Korean fried chicken." We were unable to find any other references about the business online. Hummus Yummy will sell hummus, and Duck Duck Goose traffics in foie gras, which is apparently legal again.

Note: An earlier version of this article incorrectly stated that there were only four new vendors.