The Doors Are Getting Their Own Day In L.A. 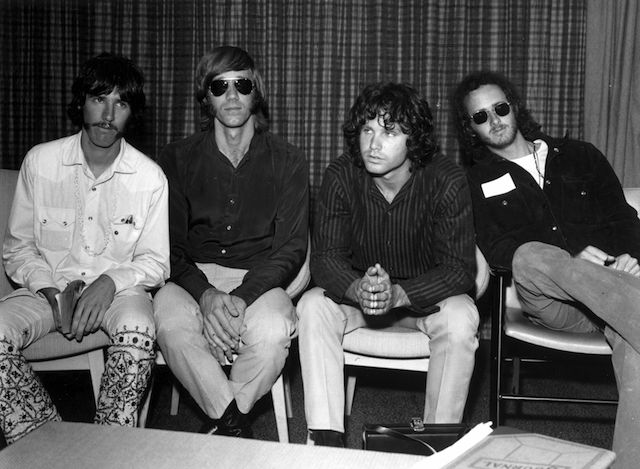 The Doors at a 1968 press conference. (Photo by Central Press/Getty Images)

The legacy of The Doors can be a complicated one. Some hail them as an indelible force in the era of psychedelia, what with Jim Morrison’s musings on Strange Days and lizard kings, as well as his detours into altered states of mind. Some are, uh, less impressed, saying the band’s significance doesn’t extend much farther than the hyper-sexual posturing of its frontman.

But it can’t be denied that The Doors are a particularly L.A. band. There is the fact of their history, of course. Morrison and keyboardist Ray Manzarek met while they were students in UCLA’s film program. The band formed in Venice, and their lore would be built through their live appearances (and photoshoots) around Los Angeles. There’s also something to be said about the sonic qualities of their sound; languid, murky, and suggestive of something dirty, their music is analogous for the haze that descends on L.A. during the late afternoon.

So yes, The Doors are L.A.’s representatives in the field of classic rock, and the city will acknowledge this when they designate January 4 as "Day Of The Doors." The proclamation ceremony will take place on Wednesday, exactly 50 years after the release of The Doors' first album, at 4:30 p.m. by the intersection Pacific and Windward Avenues, where the "Venice" lettering is. Drummer John Densmore and guitarist Robby Krieger (two of the last surviving members of the band) are expected to attend. Councilman Mike Bonin will be on hand to make the proclamation. 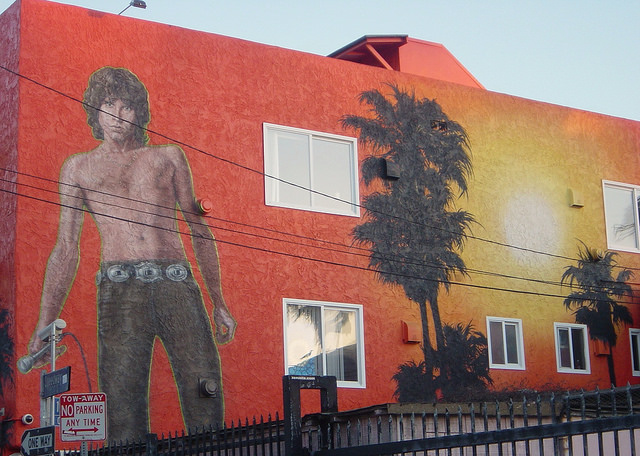 The Jim Morrison mural in Venice. (Photo by Ruth Hara via the Creative Commons on Flickr)

Both Bonin and the band members say that, while the group is considered an L.A. band, its heart lies in Venice, specifically. "Venice is a place were many have chased their pleasures or dug their treasures. It is a place that birthed The Doors and taught us all to cherish the funky, weird and world-renowned vibe that Jim, Ray, Robbie and John helped make famous," Bonin said in a statement.

Densmore, according to Rolling Stone, said in a statement that it was, “Very apropos that the Doors are jumpstarting our 50th in Venice where we started.” He added, "Our songs sprang up out of the Pacific like beautiful, edible silverfish ... and apparently the world took a big bite,” which is a very Doors thing to say.

The event is free and open to the public. And here's a video of them playing on KTLA(!).