18 Things To Do On New Year's Eve In Los Angeles 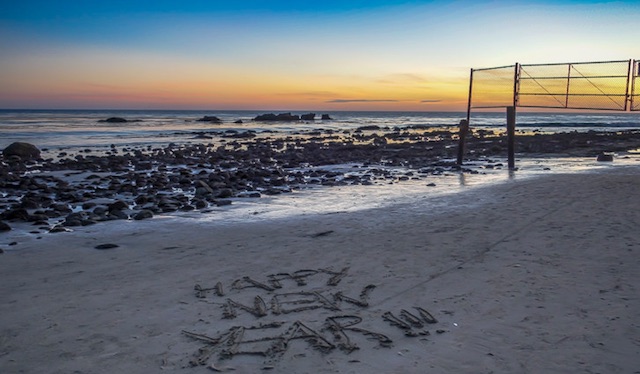 Not sure what to do yet for New Year’s Eve? Here are some last minute options for dancing, drinking, hiking and dining.

Also, be aware that Metro buses and trains will be running all night, and that they’ll be free from 9 p.m. to 2 a.m..

Disco Dining Club
Disco Dining Club is back with a Blade Runner-themed party at The Standard in downtown Los Angeles. The night will evoke that gritty, neo-noir feeling via burlesque and immersive performances from ‘replicants,’ DJs, unlimited oysters via Shucks Oysters, and a night market-inspired dinner. And, of course, there’s an open bar. Remaining tickets range from $50 to $250, depending on what options you choose.

The ever magical Clifton’s is offering a Luau feast, followed by Polynesian performances, including dancers and DJs, throughout the entire restaurant. Access is dependent on the type of ticket you purchase and you won’t be able to get into the new Pacific Seas tiki bar for cheap, but even a $75 ticket nets you access to the first four floors and a bottle of champagne. More info here.

Los Angeles punk act X will play at The Roxy in West Hollywood. They’ve been putting on shows for 40 years with no plans to stop. Doors are at 8 p.m., the show’s at 9 p.m. and tickets are $35.

Bootie L.A. is always a good bet if you just want to dance. Their DJ’s mash-up rock and pop songs all night long, the dance floor gets packed, and there’s no need to fuss about a black tie dress code. (We’ve seen people attend Bootie in workout gear, because, you know, dancing.) Though it’s been held at the Echoplex in previous years, it’s ringing in 2017 at The Regent in downtown L.A. The party kicks off at 9 p.m., and tickets are $25-50. We highly recommend getting tickets in advance because it usually sells out.

Downtown’s Grand Park is one again hosting a massive NYC celebration, including live music, art installations, photo booths and, of course, a countdown to 2017. Food and soft drinks will be available from a variety of vendors, but there is no alcohol at this free, family-friendly event. Performers include Jungle Fire, QVLN, Afrodyte, Lyric Jones and more. The party kicks off at 8 p.m. More details here.

Prohibition NYE returns to the very beautiful Union Station. The party takes its inspiration, as the name suggests, from the 1920s and will include burlesque, live jazz, DJs, an open bar and a midnight ball drop. The party begins at 9 p.m. and tickets are $135-165. Costumes are encouraged.

Perhaps you want to raise a middle finger to 2016. In that case, there's FUCK 2016 happening in downtown at Casey’s Irish Pub. It'll feature live music from indie rock cover band Black Crystal Wolf Kids. The event is slated to be a raucous send-off, where we’re sure the airing of grievances over a pint of stout are fully encouraged. The show begins at 10 p.m., and it’s free.

No Cover New Year's
If shelling out money on a cover charge isn’t your thing, Angel City Brewery is throwing a bash called No Cover New Year’s, featuring specialty beer cocktails, food trucks and live music from John Morgan, the Vines Rooftop Revival, Runson Willis II and a nine-piece psychedelic rock band The Fuzzy Crystals. Food from Downtown Taco Co. and The Chairman LA will be available, and guests will receive a sparking Berline Weisse toast at midnight.

Dance Yourself Clean will host a NYE edition of their popular dance party at The Teragram Ballroom in Westlake. Expect indie dance music in the style of LCD Soundsystem, CHVRCHES, Haim, Grimes and Chromeo. The party starts at 9 p.m. and remaining tickets are priced at $30-45. 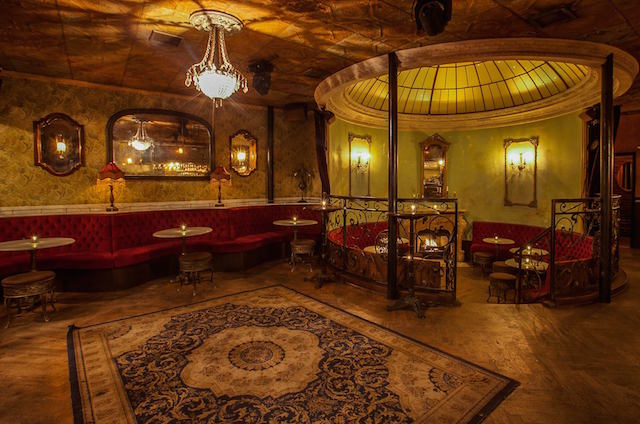 Mademoiselle Fifi, A Joyous Funeral for 2016

The sultry French nightclub Pour Vous in Hollywood is all too pleased to say goodbye to 2016. Join them for cocktails, champagne, food from Nomad NYC and burlesque. Tickets are $80 to $100, but the bar is open and there will be a champagne toast. The party goes from 8 p.m. until 2 a.m.

Nightclub Dirty Laundry will feature three rooms of dancing from DJs Chris Holmes, Nigel Goodrich, Daniel T and Jeremy Burke, plus a performance from funk/soul band Jason Joseph and the Spectacular. Tickets are $75 and include access to an open bar and a champagne toast at midnight. Cocktail attire is encouraged.

Light & Music’s NYE dance party at The Satellite pays homage to '90s and early-aughts pop from the likes of *NSYNC, Katy Perry, the Spice Girls, Justin Bieber and S Club 7. Doors are at 9 p.m., and tickets are $15. This NYE edition of Candi Pop includes a champagne toast at midnight.

Los Globos will be playing 90s and Y2K pop, rock, hip-hop and punk in their main ballroom, and old-school hip-hop and R&B upstairs. There will be a photo booth, free party favors and buttons for the first 200 guests. Tickets are $20 online or at the door. The party begins at 9 p.m.

The Last Hike of the Year

If you’re not much of a night person, there will be an early morning hike to Griffith Park's Wisdom Tree at 7 a.m. Meet at the Merry Go Round, then enjoy nature on the final day of 2016. The event is for intermediate level hikers and will consist of 8.5 miles, or about 4.5 hours. Guests are encouraged to dress in black and silver and bring celebratory accouterments including hats and streamers. More info here. 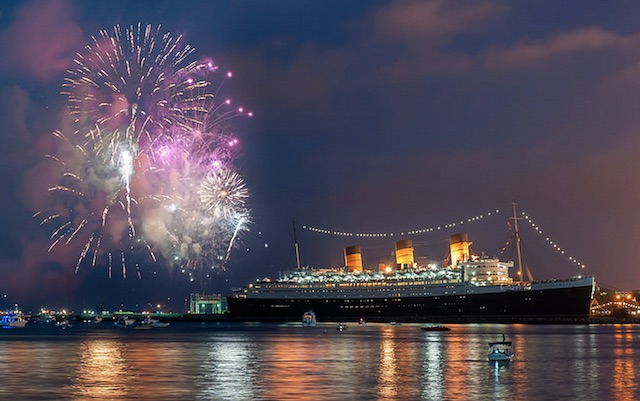 Engage maritime law in 2017 by celebrating aboard the Queen Mary. Their Auld Lang Shine party includes DJs, live music, Vegas showgirls and magicians. Guests may also wander the ship to find various rooms decorated like various films including Avatar and The Godfather. The party kicks off at 7:30 p.m. and finishes at 1 a.m. Tickets are $99 and up.

Aquarium of the Pacific

For the first year ever, the Aquarium of the Pacific in Long Beach is throwing a New Year’s Eve party. Expect live bands, DJs, a cash bar, various food stations, no dress code and, of course, the aquarium! Tickets are $19.95 for members, and $24.95 for everyone else. The even begins at 8 p.m. and extends until 1 a.m. See a list of performers and where to get tickets here.

Do not be confused. There are two events titled FUCK 2016. The other is at Club Monte Cristo, a Koreatown club where you can often find your local goths dancing to dark tunes. Here, DJs will play a mix of industrial, goth, post-punk, dark wave, death rock and punk to help you say audios to 2016. There’s plenty of space to dance and brood, including a very spacious rooftop patio. The party starts at 9 p.m. Tickets are $10 pre-sale, $15 before 10:30 p.m with RSVP, or $20 at the door.

If nightclubs are not your thing, what about board games? Glendale's Game Haus cafe is throwing a New Year's Eve party where $15 includes admission, one non-alcoholic drink, dessert and a sparking cider toast at midnight. They have thousands of board games to choose from, and the party runs from 7 p.m. until 1 a.m. More info here.

This event is on Friday, not Saturday, but sounds pretty unique. UBC Sunset is hosting a look at the past year titled "Gene Wilder and Fidel Castro’s New Year’s Rockin’ Eve (in Limbo) on New Year’s Eve Eve," otherwise known as Friday. It’s being described as part-comedy show, part-scavenger hunt, and part-immersive theater. The guest begins at their own death, then navigates an afterlife of bizarre worlds. Areas of this Limbo include “Westworld World,” “The Physical Manifestation of Reddit,” and “A Facebook Echo Chamber.” Show times are 7:30 p.m., 9 p.m., and 10:30 p.m. Tickets are $5.