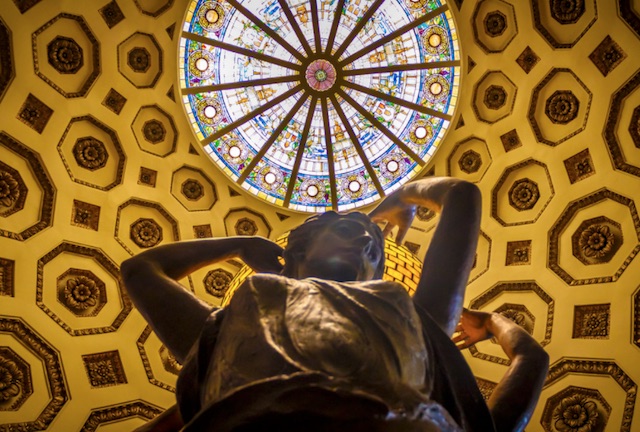 Museums For-For-All Museum has returned! On Sunday, January 29, over two dozen museums will open their doors for free, offering a great opportunity to get up early and take in some art, history, science and culture all around town. Note that free admission does not include free access to special exhibitions and that some museums, like Getty Villa and Descanso Gardens, will require you to get timed tickets online in advance.

The Columbia Memorial Space Center is not free on the 29th, but will be free on Saturday, January 28. Get more info here.

If you're looking for some suggestions, there's the new "California Continued" exhibit at the Autry, which includes two galleries, an immersive video installation, and a gorgeous, 7,000-square-foot ethnobotanical garden containing over 60 native California plant species. The Natural History Museum will have their new "Diamonds: Rare Brilliance" exhibit, which contains several brilliantly colored and rare gems, including the Juliet Pink Diamond and the Argyle Violet Diamond. This exhibit opened earlier in December and will be on display through March 19. The Getty has “Breaking News: Turning the Lens on Mass Media,” which features art inspired by news media from the 1960s though the present day. The date will also be one of your last chances to check out "Hank Willis Thomas: Black Righteous Space" at the California African American Museum. Thomas’s first solo exhibition explores black experiences in the United States through projections of symbols juxtaposed with audio from figures including Malcolm X and Richard Pryor. A microphone and moments of silence allow the observer to include their own insights. This exhibit will be up through February 19.