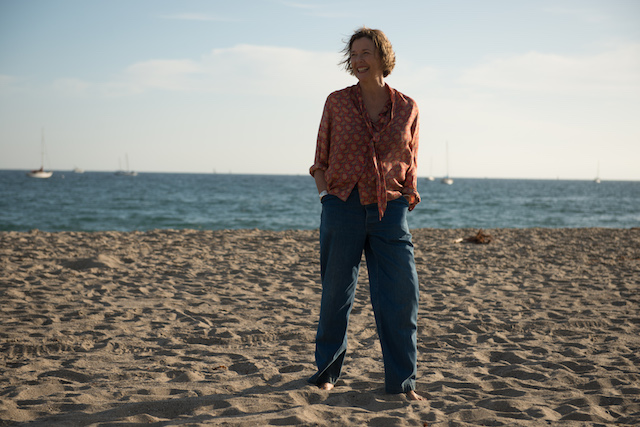 Annette Bening in '20th Century Women' (Photo by Gunther Gampine, courtesy of A24)

Despite featuring Jimmy Carter's perilous speech on the "Crisis of Confidence," the mood and energy of 20th Century Women flows with vibrant tranquility. The film opens on a top down shot of vivid blue-green waves crashing on the Santa Barbara shoreline, with Roger Neill's synthesized score setting a calming atmosphere. That mood continues into the next shot: a burning car in a grocery store parking lot. The owner of it, Dorothea (Annette Bening), does not seem particularly alarmed by this development as much as her teenage son Jamie (Lucas Jade Zumann). Her perspective reflects the film's general outlook, as characters accept the world as opposed to change it.

After making a semi-autobiographical film about his father with Beginners, writer-director Mike Mills returns to make a film about his mother. Set in 1979, 20th Century Women is perhaps equally "cute," relying on a set of slideshow montages, VHS-style smearing, and competing voiceovers that continually expand the film's scope. But Mills demonstrates a patience in veering such material back toward reality; scenes expand longer than one might think, allowing his characters to actually digest the world they inhabit. That glowing warmness of the film makes this poignant coming-of-age tale feel not just extremely specific but also critiques how these stories are usually framed. Here is a story that features five characters, each from a particularly well-known generational identity, yet they remain unsure whether that truly defines them.

The dilapidated yet comforting house in Santa Barbara becomes the center of the story, as Dorothea realizes that as a single mother, she alone cannot raise her son into the strong man she hopes. Instead, she turns to two women in her life: their housemate Abbie (Greta Gerwig), a sometimes-photographer sporting a bright red bob of hair, a punk attitude, and a collection of key second-wave feminist texts; and Julie (Elle Fanning), a young sexually-active adolescent who continually friendzones Jamie despite sleeping in his bed. They also employ their other house guest, William (Billy Crudup), a former commune hippie turned mechanic. 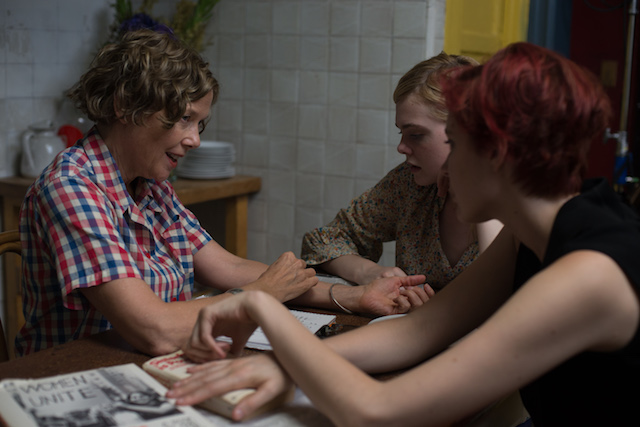 If all these stories sound like usual clichés of generational stories, what remains surprising is how easily Mills elides falling into these traps by allowing his performers to drive the flow of each scene. Bening has been considered one of the greatest actresses of her generation, but the continual Oscar talk around each performance has, in a way, stunted us from actually discussing the nuances of her technique. With a warm smile and a casual pause at every line, Bening distills her role as a liberal-but-not-quite-leftist mother with warm grace. Her quiet face with seemingly inexpressive eyes remains calm and collected, but her smoking habit and the nervous tics of how she holds her cigarettes reveal a woman often on the verge of an existential breakdown. Plus, she dances to The Talking Heads. Gerwig, coming off her blisteringly great performance in Mistress America, matches Bening with exuberance and spirit. Her ability to articulate her own inarticulateness with a vibrant energy flowing throughout her body defines a woman who never comes off as the apparent cliché her hair might suggest.

Like Paul Thomas Anderson's Inherent Vice, 20th Century Women captures an energy that balances post-60s paranoia with a relaxed Southern California atmosphere—here, the beach vibes win over, even with the horrors of the 1980s on the precipice. Mills suggests that these characters will endure and find their own personal happiness (in that special bubble that Southern California can provide). The film reminds us that within the larger chaos of shifting tastes in politics, culture, music, and more, our lives are still built by the people who make up the immediate world around us. In a film that could have been filled with self-importance, Mills' gentleness to his generational story is a welcome surprise.