Caltrans Is Finally Selling Homes Along The 710 Corridor 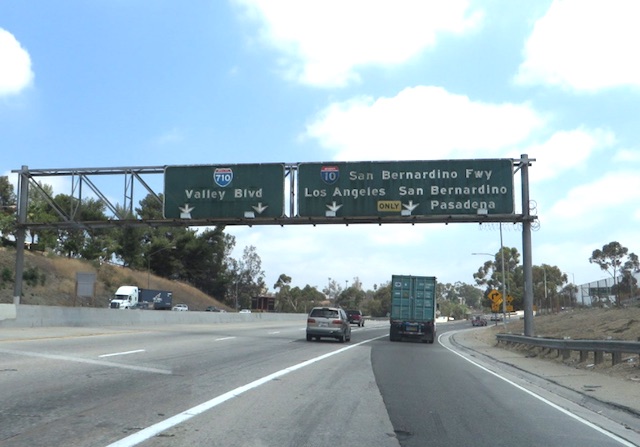 The 710 freeway leading onto Valley Boulevard in Alhambra. (Photo by Ken Lund via the Creative Commons/Flickr)

Caltrans has begun the process of selling the homes it owns along the 710 Corridor, which stretches from as far north as Pasadena, and down to the Alhambra and El Sereno areas, reports KPCC.

According to the L.A. Times, Caltrans had bought up the spaces during the 1950s and ‘60s to make way for the possible expansion of the 710 freeway. The extension, however, was stalled, and has been hotly contested for decades. On one side, some Pasadena residents rebuked the idea of having another freeway running into their city. On the other, homeowners living near the end of the 710 (namely in Alhambra) said that the freeway was dumping a high amount of traffic onto local streets. In 2015, transportation officials said that an extension would be prohibitively expensive, and focused on other options of boosting mobility in and around the 710 corridor; the possibilities include a light rail line and an underground tunnel, reports the Alhambra Source.

As such, Caltrans has begun the first phase of selling off the homes they’d purchased half a century ago. In a release, the agency said that they will be selling the properties in three different phases. In the first phase, 42 homes that are located outside of the remaining project alternatives will be sold. In the next two phases—as the project comes into focus—Caltrans will sell the remaining homes that aren’t in the “scope” of the development.

The first phase has already begun, as Caltrans has sent out letters to the current tenants of the phase one houses, informing them that they have the opportunity to purchase the homes. There's the issue of affordability, of course; would the renters be able to afford, say, the large Craftsman homes in Pasadena? As noted by the San Gabriel Valley Tribune, Caltrans will be offering below-market-rate prices to some tenants who make less than 150% of the median income in the Los Angeles County, though it remains to be seen if this will be affordable enough for the prospective homebuyers. The tenants currently have three months to let Caltrans know if they’re interested in buying.

The houses may also go on sale to the public. But that may take a while, as Caltrans is placing priority on the current and former tenants. “There’s no specific timeframe for when these properties will go to public auction for the general public. We have to work through all of those priorities," Zoltan Elo, a district manager at Caltrans, told KPCC.

If you happen to live along the 710 corridor, and want to know what this may mean for you, check out Caltrans' website for more information on the sale of the properties.