Bundle Up: Cold Santa Ana Winds Will Be Blowing Through Today 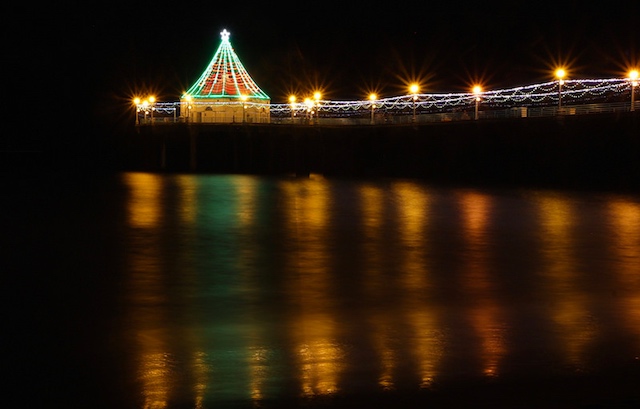 Bundle up for one more day, Los Angeles. Southern California is in the middle of a cold spell, and today we're going to be getting some cold, cold winds that'll make us want to stay inside and brew some hot chocolate.

On Monday morning, the National Weather Service issued a high wind warning that will remain in effect until noon, when it will be downgraded into an advisory in effect until 9 p.m. As usual, the winds are expected to be the strongest in the mountains, with some gusts recorded at 65 mph. According to the L.A. Times, there were reports of toppled trees in Simi Valley and Porter Ranch. Bonnie Bartling, a weather specialist with the National Weather Service says the valleys and coasts may also see Santa Ana winds that will reach up to 40 or 45 mph.

Wait, the Santa Anas? "I thought those were supposed to be warm," you might be thinking to yourself.

"It's typical that we get Santa Anas," Bartling said to LAist. "It just depends on the other dynamics that are out there. It's basically bringing in the interior air, which is cool right now."

Temps will dip as low as the high-30s and low-40s, meaning it's important to wear layers. "Children, the elderly, and people with disabilities or special medical needs are especially vulnerable during such cold snaps," said Jeffrey Gunzenhauser, Los Angeles County interim health officer. "Extra precaution should be taken to ensure they don't get too cold when they are outside."

Does this cold spell have anything to do with that polar vortex that sent the East Coast into a deep freeze last week? "I have no idea what you're reading in the news—it's just December," said Bartling.

Due to winter conditions across the Southwest, SoCalGas is advising that customers also cut back on natural gas use in order to prevent service disruption and power outages. So don't crank that heater all day:

Don't worry, after today it'll get a little warmer. Through Thursday, we'll be seeing temps rise back into the 70s. Now that's a little more like December in Los Angeles!