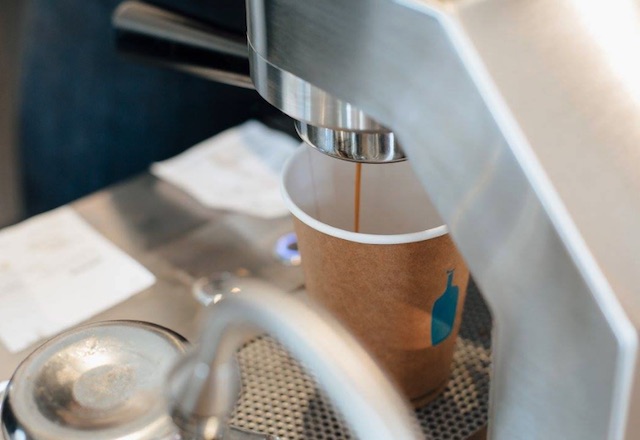 Blue Bottle Coffee is making its way to Los Feliz, meaning we have a new front-runner for the Least Surprising News Awards of 2016.

According to The Eastsider, the Oakland-based coffee chain has filed for a business license at 2066 Hillhurst. The space, which used to house a children’s clothing store, is expected to be converted into a 1,000-square-foot coffee shop with a patio in the back. Documents also say the roastery will be open from 7 a.m. to 7 p.m. It’ll be situated across the street from a Coffee Bean, which may or may not be of any consequence.

Blue Bottle’s aggressive expansion comes on the heels of its wildly successful money-raising efforts—it took in $70 million from investors last year. In November, we reported that construction for a new Blue Bottle shop had begun at the famed Bradbury Building. And, in 2015, Echo Park saw the opening of its own location. Currently, there are Blue Bottle cafes in Venice, Culver City, the Arts District, and even at the Grove. Honestly, we were a little surprised it’d taken this long for a spot to land in Los Feliz. We thought there’d be seven by now, with two of them stacked on top of each other. Blue Bottle also has outposts in New York City, Tokyo, and, of course, the Bay Area.

The chain is know for, among other things, their chicory-based, New Orleans iced coffee, which The Atlantic had described as, "Not aggressively artisan like so many Portlandia products, it was a delicious, not financially ruinous luxury that I learned to love in the ruins of the 2008 economy." Thriftiness has never tasted so good.

LAist contacted the Blue Bottle Coffee offices about an opening date. We’ll provide an update when we hear back.