Weekend Planner: 18 Cool Things to Do In Los Angeles 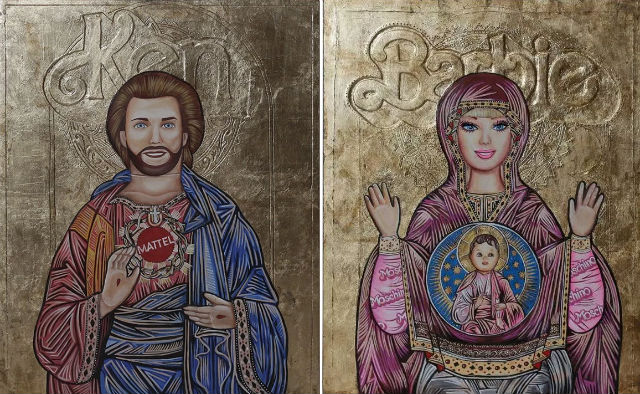 Here are 18 awesome events happening in L.A. this weekend. If you need additional suggestions, then check out our December Guide for more suggestions.

THE PLASTIC RELIGION (Art)
La Luz de Jesus presents Pool & Marinela: The Plastic Religion, an exhibition by two Argentine artists, Marianela Perelli and Pool Paolini. The duo turned 33 models of Barbie and Ken into religious icons for an exhibition called Barbie, the Plastic Religion, which was on view in Buenos Aires in 2014. They also included religious figures from Catholicism, Judaism, Hinduism, Buddhism with versions of Barbie as Joan of Arc, Mary Magdalene and the Virgin of Lourdes. It proved thought-provoking and controversial. View some of the works in person from Dec. 2-31. The opening reception is on Friday from 8-11 pm.

GREMLINS (Film)
Cinema on the Street presents an outdoor screening of Gremlins on Friday at 8 pm on the Third Street Promenade (between Santa Monica Boulevard and Arizona Avenue). The film follows a teen as he unwittingly unleashes havoc on his town by not caring for his new pet. Hot chocolate to be served to first 100 guests.

TOO LATE FOR TEARS (Film)
Metro Art and the Film Noir Foundation present Too Late for Tears, the final film in the noir films series at Los Angeles’ historic Union Station. The film will screen in the recently restored Ticketing Hall on Friday at 8 pm. Released in 1949, Too Late for Tears features Union Station on screen and in the story about a cold-blooded housewife who’s up to no good when it comes to keeping her cash. Free.

SHOOT THE PIANO PLAYER (Film)
In conjunction with the exhibition States of Mind: Picasso Lithographs 1945-1960, the Norton Simon Museum in Pasadena screens the final film from its own French film noir series. François Truffaut’s Shoot the Piano Player (1960) are contemporary works to Picasso’s lithographs, made in Paris and on the French Riviera. Doors open at 5 pm and the screening begins at 5:30 pm. Films are free with admission; no reservations needed. Admission is $12 for adults; $9 for seniors; and free for Museum members, students with I.D., and everyone age 18 and under. 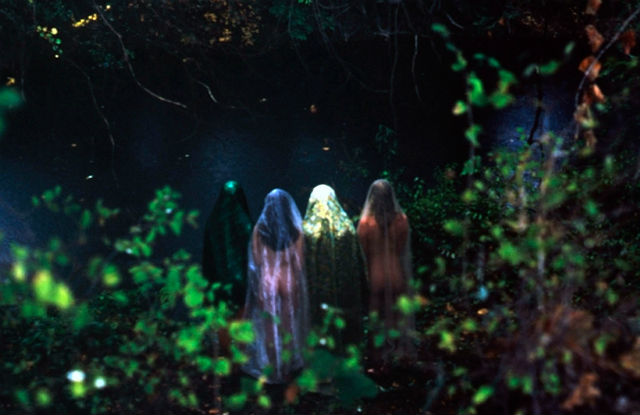 CHOCOLATE CONFECTIONS (Craft)
Sonia Nance, a candy expert, teaches the seminar Chocolate Confections: A Culinary Craft at the Arboretum on Saturday from 10 am to 1 pm. She’ll share recipes of chocolate novelties from her personal collection. Samples and door prizes included.

AMÉLIE FILM SCREENING (Holiday)
Center Theatre Group presents a screening of the Oscar®-nominated film Amélie on Saturday at 7:30 pm. The screening is being held in advance of the opening of the new musical version of the film coming to the Ahmanson Theatre from Dec. 4, 2016-Jan. 15, 2017. Film tickets: $16.50.

XYLO (Music)
After supporting numerous acts on the road (most recently The Naked and the Famous), brother-sister duo XYLØ headline at The Troubadour on Saturday night. Playing support are: Corey Harper (9:15 pm) and The Jane Archives (8:30 pm). Tickets to the all ages show: $15-$18.

BOAT PARADE (Holidays)
The 54th Annual Los Angeles Harbor Holiday Afloat Parade takes place on Saturday, at 6 pm at the Port of Los Angeles. This year’s parade theme is Hollywood at the Harbor. About 60 boats will parade along the L.A. Waterfront with spectators able to watch from several locations in Wilmington and San Pedro along the route. The parade starts in the East Basin near Banning’s Landing Community Center in Wilmington and takes approximately 90 minutes to cover the Los Angeles Main Channel. Free. Beginning at 4 pm, viewers can enjoy holiday festivities at Banning’s Landing Community Center in Wilmington.

MATMOS (Music)
The electronic duo Matmos plays the Bootleg on Dec. 4, on the band’s first West Coast tour since the release of the album Ultimate Care II earlier this year. They’re taking their own personal washing machine on the road, the titular Whirlpool Ultimate Care II which they used to record their album. You can bet the performance will be filled with audio and visual treats ”all taking place in the time of a single wash single, and punctuated by the sounding of the end cycle buzz.” Also performing: Jeff Carey, Bully Fae. 8:30 pm at the Bootleg’s Bar Stage. Tickets: $17-$20. The event is 21+.

AMÉLIE, A NEW MUSICAL (Theater
Amélie is re-imagined in a musical form at the Ahmanson—following a World premiere at Berkeley Repertory Theatre—and before hitting Broadway. Center Theatre Group presents a “charmingly shy Amélie as she turns the streets of Montmartre into a world of her own imagining, while secretly orchestrating moments of joy for those around her.” The show runs through Jan. 15, 2017. Tickets: $25-$125.

KRISTIN HERSH (Music)
The Echo presents An evening with Kristin Hersh, former frontwoman for Throwing Muses, at the Echoplex on Sunday night. She’s in town to support her latest solo release, Wyatt at the Coyote Palace, which is both a book and a 24 song record. The all ages show will be mixed GA standing and seating. Seating will be available on a first come first serve basis. 7 pm. Tickets: $18.50-$23.50.

HEROES, PRINCES AND BEAUTIFUL LOSERS (Tribute concert)
Heroes, Princes, and Beautiful Losers: A Benefit Concert Honoring the Artists We Lost in 2016 is a benefit concert in tribute to the musicians and artist lost this year. It’s being held on Sunday night at Molly Malone’s on Fairfax from 7:30-10:30 pm. Musicians perform the songs of David Bowie, Prince, Leonard Cohen, Glenn Frey, and Keith Emerson (and we'll be paying tribute to Gene Wilder, Alan Rickman, Natalie Cole, Maurice White, Phife Dawg and more. The money raised will go to St. Jude Children's Research Hospital. (Kunal Nayyar of The Big Bang Theory will be performing a couple of songs as well as matching every dollar raised.) Tickets: $10 at the door.

A WTF Alamo Xmas! from Bret Berg on Vimeo.

A WTF ALAMO XMAS! (Film + fun)
The Alamo Drafthouse Los Angeles presents the next installment of its Surreal Sunday series on Sunday at 5 pm at Nonplus Ultra in Los Feliz. A WTF Alamo Xmas! Includes two of the strangest Christmas movies of the ‘90s, “condensed into a nirvana-inducing, 90-minute highlight reel.” The event is free, but reservations are required.

DOUG HREAM BLUNT (Music)
The Ace Hotel presents a performance by Doug Hream Blunt, of David Byrne’s Luaka Bop label, at Upstairs on the rooftop on Sunday at 6 pm. It’s his first on tour, after deciding to learn how to play music at age 35. (He would play for patients as a nurse at his SF hospital.) The show will feature special guests from LA-based label Stones Throw Records. Come early because Dublab DJs will spin from 1-5 pm. Free.