The 405 Freeway Widening Will Cost Metro An Additional $300 Million 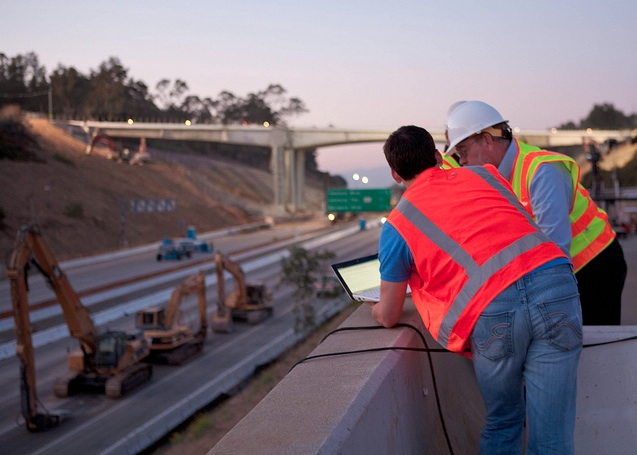 The much-ballyhooed expansion of the 405 freeway, which went over-budget and took a year longer than anticipated, will now cost Metro an additional $300 million more than planned.

Earlier this month, Metro and Kiewit Corp. reached a settlement of $297.8 million, acknowledging that Metro was somewhat responsible for delays in the project and cost overruns. "Frankly, there were deficiencies," Duarte Mayor John Fasana, chairman of the Metro board, told the L.A. Times. He added, "we had some culpability, and it was time to move forward."

In a statement, the agency said, "Metro has had a positive working relationship with Kiewit and both sides are pleased we were able to resolve this final dispute expeditiously so that we can all move forward." Kiewit spokesman Bob Kula said in a statement to LAist that they had been "working positively" with Metro on the project dispute.

On Thursday, Metro's board of directors will be formally asked to increase the budget of the project to $1.61 billion. In 2014, Kiewit originally filed a claim for $500 million—the settlement comes after both parties went into arbitration. It will be paid for by funds from Prop C, a sales tax increase voters approved in 1990. "The 405 project overruns will not affect Measure M projects," Metro spokesman Dave Sotero told LAist, referring to the ballot measure voters passed just weeks ago.

The Sepulveda Pass Project, which included the 405 expansion, ultimately took five years to complete and added a 10-mile carpool lane northbound between the 101 and 10 freeways, a new Mulholland Drive bridge and rebuilt the on-and-off-ramps to Wilshire Boulevard. Its most memorable moment was perhaps "Carmageddon" (and it's sequel a year later), when that stretch of freeway was completely shut down for a weekend. It was then that Angelenos perhaps learned to enjoy their public transportation, which was free on several lines for the closure.

The carpool lane opened in May of 2014, and has not improved traffic on the notoriously bad stretch of freeway. At least it made for a pretty sight last week.