Amy Adams plays Susan, a successful gallery owner who is having a huge opening at the film’s outset (I won’t spoil what that entails, if you haven’t heard about it or seen the film). The art her gallery promulgates is deliberately provocative and arguably exploitative. One friend remarks that it’s perfect because it acknowledges the trash culture with which we’re surrounded. Susan has come to think it’s just trash.

Scenes at the gallery and Susan’s plush home are rife with L.A. stereotypes — or, more plainly, stereotypes of the daft and rich. There’s Susan herself, decked out head-to-toe in gorgeous threads and crimson lipstick to mostly mope around her palatial estate, too traumatized by a paper cut to open an envelope without hired help. She has it all and doesn’t deserve to be miserable, and she knows it. A young Liza Minnelli-looking friend (with a gay husband, to boot) reassures her that she has every right to be sad — and recommends a good pharmacologist. 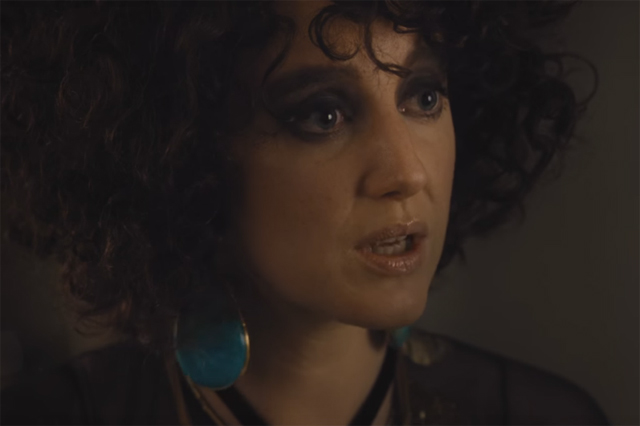 Another friend discusses the benefits of using Pam spray before giving birth to avoid having to have vaginal rejuvenation surgery. Susan’s underling, hilariously played by Jena Malone in a spider-esque “art outfit,” recommends getting cutthroat about an employee who isn’t working out, while a colleague with huge collagen-injected lips agrees. Susan, meanwhile, reminds them to act humanely.

Susan’s husband, Hutton, played by Armie Hammer, is the most glaring of these stereotypes. He works in sales, or banking, or something, and bangs similarly gorgeous and vacuous models while on business trips. Manicured to perfection and straight out of one of Ford’s ad, Hutton is proof that relatively empty roles for good-looking people aren’t just for women anymore — progress! 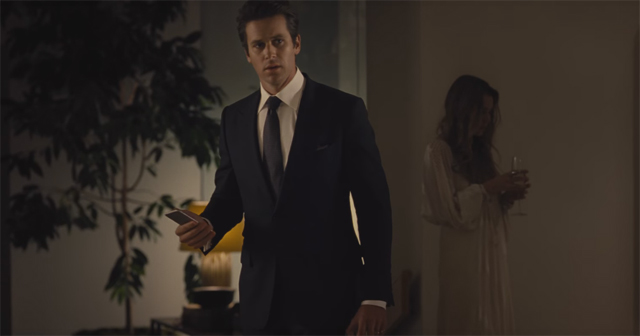 But despite the exception of the unfortunately blank Hutton character, these superficial roles and general hoity-toity L.A. setting work because Ford makes his point well about the costs of social climbing and ambition in the film’s central plot. That entails Susan being sent a novel by her ex-husband, Edward, played by Jake Gyllenhaal. The novel is dedicated to her and is, in her words, violent and devastating. Flashbacks between the events of the novel (in which Gyllenhaal also plays the main character) and Susan’s malaise reveal that she left him essentially for not selling out and finding a real job instead of pursuing his struggling writing career. Or because he was “weak,” as Susan’s concerned but over-the-top Texas mother (perfectly played by Laura Linney) warns her. 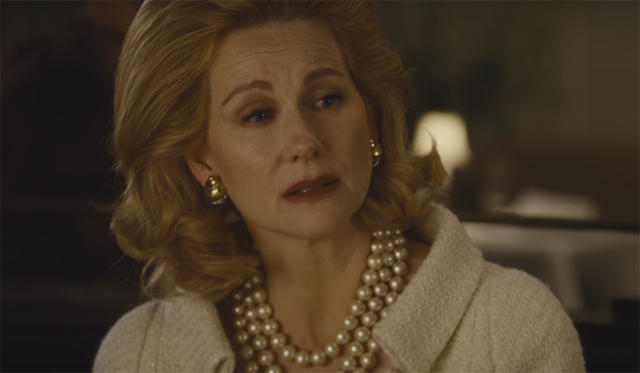 It also works because these roles and scenes add levity to what is otherwise a complex and unnerving film, and because Ford is never preachy. Try not to laugh during the gallery scenes, played up for their absurdity with winking outrageousness.

In the end, it’s unclear what haunts Susan the most: the fact that she left her ex in a “brutal” way or that she ultimately is the kind of person she always feared — a heartless and superficial real housewife type, like her mother. It convincingly plays into our own worst fears about who we are — could I act as coldly to someone who loves me as Susan, or have I in the past? Am I just like my mother/father? Adams’ depth of performance and Ford’s assured stylish directing lend sympathy so we’re not persuaded to pass it all off as rich white people problems (though they arguably are). Ford makes these stereotypes feel relatable and universal, as Susan stares sadly at the L.A. skyline below her while the little people scurry about on gorgeously shot freeway interchanges. While not a masterpiece, Ford’s second film (following the excellent A Single Man) is unabashedly stylish, mesmerizing and haunting.