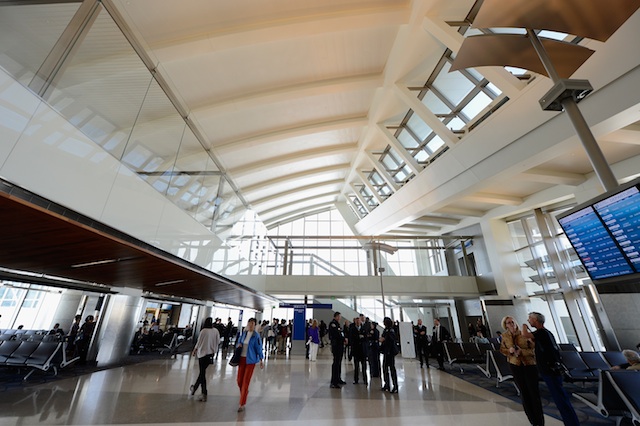 Traveling for Thanksgiving? Better get to the airport early.

Naturally, the best way to deal with this is to get there early. LAX spokeswoman Mary Grady previously has recommended getting to the airport at least three hours early for a foreign flight and two hours early for domestic, according to the LA Times. The airport’s busiest times are 6 to 9 a.m., 11 a.m. to 12 p.m. and 7 to 11 p.m. Or you can try to fly out of Burbank, Long Beach or John Wayne ;)

One bright spot: LAX comes in sixth place for airports with the most delays. Only sixth! Think about that when you’re waiting in line at the airport for two hours this week.