Here's Where To Discover Shaanxi Cuisine In San Gabriel 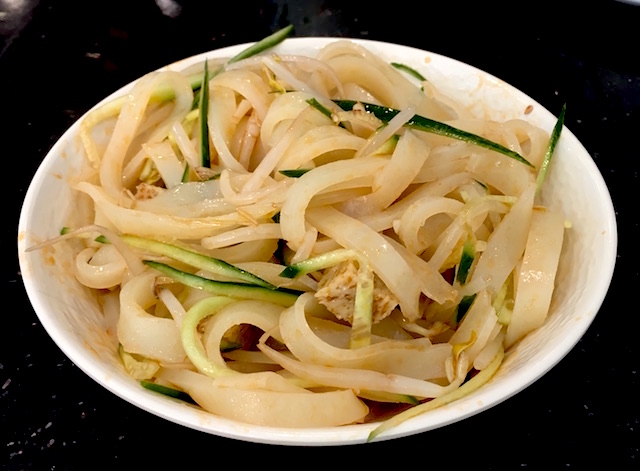 Shaanxi cuisine had a big break-out on the internet in 2008, when Anthony Bourdain dropped in on Xi'an in Flushing, New York. Ever since, the restaurant has expanded to nine locations around the city, establishing the chain as one of the few spots to serve top-grade Chinese food in the four boroughs not named Queens. In L.A., however, Shaanxi has yet to make a bigger splash.

Us Angelenos are more familiar with the usual Cantonese fare, or sometimes we'll name-drop the sheng jian bao at Kang Kang, or the mung bean jelly noodle at Chengdu Taste. San Gabriel's Shaanxi Garden, then, is uncharted territory for some.

What's Shaanxi cuisine? You'll find an assortment of pork and lamb, cooked and dressed up in more ways than you can count. What really comes to mind, however, is the kind of stultifying, nose-dripping heat that could bulldoze through the most trenchant of winter colds. It's a manageable spicy. Mostly. Whereas Sichuan food may make you feel as if you're pressing your face against a radiator, the heat comes in more forgiving gradients at Shaanxi Garden.

The one-chili items (as denoted on the menu) deliver a respectable jolt, but not so much that you can't discern the flavors. When you gesture at a two-chili item on the menu, however, the server will dip her head shyly and ask you in a low-tone if you're cognizant of the consequences. At such moments you're faced with some hard truths about your character (I bailed). 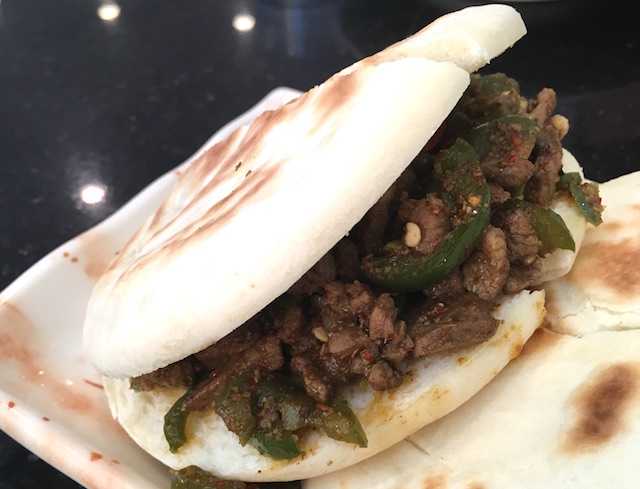 What you will order, undoubtedly, is the Shaanxi lamb and cumin bun (which is also colloquially referred to as a "burger" at other joints). Even if you're adverse to lamb, the dish is worth a sample because it's the spices—and not that indescribable waft of meat that drifts up your nostrils—that come to the forefront. The punch of the cumin, the peppers, and the jalapeños hint at the agony of a three-alarm fire, but never quite sets you ablaze. The white bun emits a tinge of sweetness, and is crisp on the exterior but supple in body. The chunks of lamb are well-cooked, but tender when the juices are still running. Which is all to say that the dish is best devoured when it's fresh from the kitchen (because of course).

Curiously, the non-spicy items will also get you flustered (in a good way). The Shaanxi lamb soup, which comes out piping hot, leaves you feeling warm and sated, rather than overstuffed. The preparation, which comes with a "pita," is simple in a way that harkens to home cooking. The soup is flavorful but understated, and the slivers of lamb strike a good balance between lean and fat. The menu says that it comes with the translucent "silver noodles," but as our server informed us, you can also order it with the (more gratifying) hand-torn noodles that you'd commonly find at 101 Noodle Express. To cool down, you can order a side plate of Shaanxi-style cold steamed noodles (with or without sesame sauce—we recommend the latter). The dish is drenched in chili oil, but the noodles are chilled and mixed with cucumber and bean curd, making it a refreshing counterbalance to the rest of your meal. 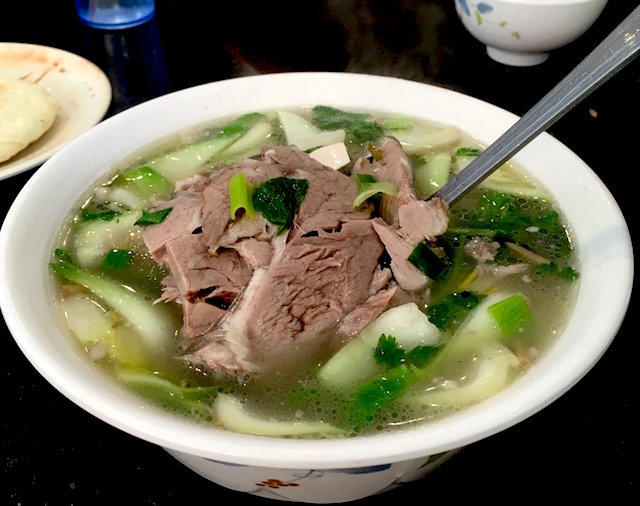 If you're looking to really amp up the spice, you'll have options that range from the pepper and chili soup, to the fish filet in hot chili oil, to the sauté spicy chicken stew. They're all swimming in a deep, red hue that suggests something nefarious. And, as we'd mentioned before, the lamb is presented in every iteration possible. Aside from having it served in a bun or as a stew, you can also get it stir-fried with cumin, or even as dumplings.

A final note about the servers. I don't often make a fuss over the service, but it should be noted that the help we got was both courteous and informative. Mainly, I'm grateful they'd talked me off the ledge.