L.A.'s Best Feminist Spaces To Recharge And Organize In The Wake Of The Election

Donald Trump is going to be taking over the White House in January. The Senate and House are both Republican, and despite winning the popular vote, Hillary Clinton has become the most qualified candidate to ever lose the presidency. Now, more than ever, is the time to harness the power among people whom Donald Trump and his campaign deemed unworthy of basic human rights and the support of a liberal democracy. Los Angeles has historically been a haven for the freaks of the world, and it still is. Funnel your rage, anger, wrath, and power into spaces like the ones below, so that in our living future we can hope to have the entire nation become a safe place.

(Photo courtesy of the Women's Center for Creative Work via Facebook)

Nestled in a residential area of Frogtown, the Women’s Center for Creative Work has developed into a major hub for creatively-minded women of Los Angeles. It offers memberships, workshops, the Feminist Library on Wheels’ permanent space, political education, and opportunities to curate your own programs. Classes range from punk yoga to a workshop on taking civic action, and the price point ranges, so there’s always a financially accessible option for getting involved. L.A.’s lack of centrality can be a hindrance to community organization and activism, but the WCCW has managed to fill the void (or at least set a foundation for a future, more feminist city). Its roots lie in the ‘70s Los Angeles feminist heaven, the Woman’s Building, which was a groundbreaking resource for female-identifying artists at the time. The building still stands, not too far from where the WCCW has taken root.

The Women’s Center for Creative Work is located at 2425 Glover Place in Frogtown. 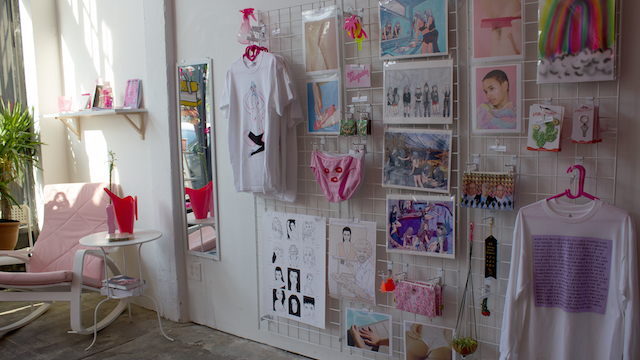 Born out of the mind of local artist Faye Orlove, Junior High is a community space with flat $5 concerts, talks, book release parties, art shows, yoga, and more. Every event emphasizes the story and voice of young women, queer youth, and people of color. The events are all ages and have a clear millennial focus and aesthetic. It's not uncommon to go from having a conversation about intersectionality and the historical appropriation of black culture to taking selfies with a Caroline Goldfarb poster of North West. The space has only been around since the summer, but has already managed to secure events like the book launch of Feminist Fight Club, a solo Frankie Cosmos show, and a gallery show dedicated entirely to the art of cunnilingus (appropriately titled Eat Me). The space exists because of the internet (it was originally funded via Kickstarter), but any feeling of ephemerality doesn’t hold up next to events like a panel on inclusivity in creative industries.

Junior High is located at 5656 Hollywood Boulevard in Hollywood.

In a city dominated by Equinoxes, maintaining an inclusive body image and wellness lifestyle can be difficult. Gyms are often gender-segregated and unfriendly to trans and gender fluid patrons, so the mission behind EveryBody gym is to provide the safest possible workout environment. They’ll be offering regular gym memberships as well as classes geared towards educating and strengthening the physical (and mental!) power of all feminist folk in Los Angeles. Physical health and wellbeing are crucial for being able to fight the patriarchy, and EveryBody knows this. It’s not open yet, but sign up for their newsletter to stay in the loop for when memberships become available.

Everybody Gym is located at 1845 N. San Fernando Road in Glassell Park. 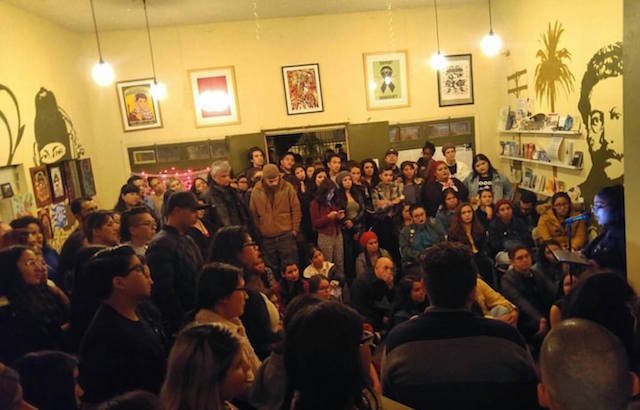 The only thing worse than Men’s Rights Activism is “white feminism”—a.k.a. the prioritization of white women’s struggles without concern for how sexism and misogyny manifest differently for women of color, and the assumption that the language and culture of white women speaks for all women. It seems ridiculous for white feminism to exist in L.A., considering California has become a majority minority state (and most of the prominent social justice issues of this city and state have centered on the immigrant population). But exist it often does, which is where places like La Conxa come in—and its founders, the Ovarian Psycos, an activist cycling group for womxn of color. The Boyle Heights space serves as headquarters for the Ovarian Psycos and other independent feminist groups. The heart of the group and space is the reclamation of cycling away from the capitalist car culture and the upper middle class-white men hobbyists, so every month the Psycos host a Luna Ride for womxn to barrel through the moonlit streets of L.A. on their bikes. Besides the rides, La Conxa is the location for cycling workshops, Brown Beret chapter meetings, self-defense classes, and more. La Conxa will be holding a grand reopening at their new space on Sunday, November 13th from 4 p.m. to 9 p.m. 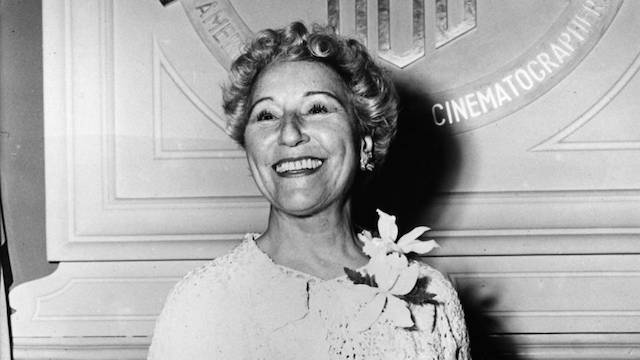 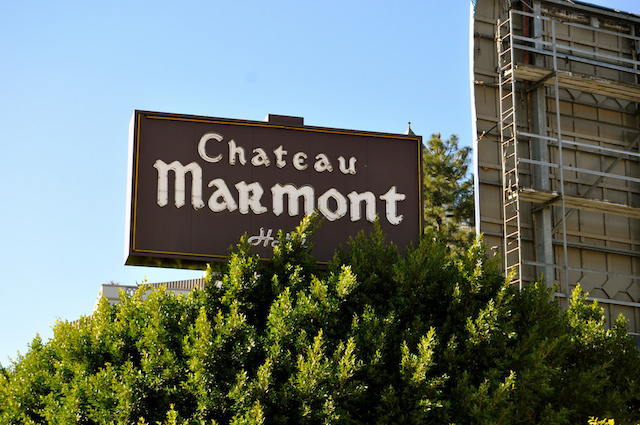 (Photo by Sarah Ackerman via the Creative Commons on Flickr)

Why Chateau Marmont? How could a beacon of Hollywood’s historical dominance be a feminist treasure? For two reasons—or, rather, two women—Joan Didion and Eve Babitz. The West Hollywood hotel, restaurant, and bar occupied important cultural roles for the two prolific writers. The hotel personified the L.A. mystery Didion and Babitz would attempt to uncover within their essays and books; nowhere else represented the confluence of L.A. society, fame, and darkness as strongly as this hotel. Both Didion and Babitz used those themes to elevate L.A. into a new intellectual, literary sphere, and they both worked against the patriarchal assumption that an authoritative voice is exclusively male. Nowadays, it's easier to be a woman taking up space at the bar. Armed with a pen and self respect, you can let Eve’s Hollywood and Joan’s "Letter From Los Angeles" guide you to your own aesthetic truth.

The Chateau Marmont is located at 8221 Sunset Boulevard in West Hollywood. 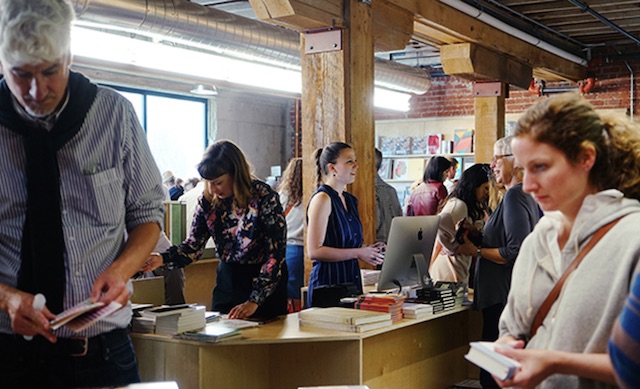 Hauser Wirth & Schimmel opened last year as a reinvention of the Globe Mills complex in the Arts District. While I would argue that perpetuating gentrification and class disparity is highly anti-feminist—and the HW&S compound is another cog in the systemic restructuring of the Arts District’s economic status (albeit a beautiful one)—they did get one thing right: Artbook. The L.A. location of the art book publisher and distributor has no shortage of the requisite Taschen coffee table books, beautiful magazine quarterlies, and local zines, but what sets it apart is its literature section, comprised of entirely female-identifying authors and artists. Marina Abramovic and Maggie Nelson and Eileen Myles and Rosalyn Drexler and Louise Bourgeois and countless other feminist writers and artists fill a wall and offer an incredible opportunity to explore the marks these women have made in history, in print.

Artbook is located at 917 East 3rd Street in the Arts District.

KCRW is the most mobile way of accessing the power of women in Los Angeles. From morning until night, Southern California NPR gives a platform for the best female radio anchors, reporters, hosts, and DJs any car-driving citizen could ask for. From Chery Glaser to Madeleine Brand, Anne Litt to Evan Kleiman, and Liza Richardson to Frances Anderton, the female KCRW voices are an incredible guide towards unpacking the city around us (and providing the perfect soundtrack, as well). These women don’t back down from the power they hold over the L.A. cultural experience, and they embrace their intelligence and points of view with inspirational devotion. Without the women of KCRW, the station would have a way harder time maintaining its national reputation. There’s also no better feminist image than men stuck in their cars on the 405, listening to women kick more ass than they could ever dream of doing.

BEING A WOMAN PURSUING YOUR LIFE ANYWHERE IN PUBLIC

Occupying space with a female body is an inherently radical act when we’re being bombarded on all sides with societal and patriarchal clues to render ourselves invisible. Living in this city without putting up with the bullshit turns any place into a feminist space. In order to make sure a woman will eventually occupy the White House, let’s make sure women keep occupying Los Angeles.

Annie Lloyd is a writer who runs a blog and newsletter about the history and future of this city, and you can often find her rambling about the L.A. dream over larb at Night Market Song.