Dinner en Blanc returned to Los Angeles on Friday, seeing hundreds of guests decked out in white at the Music Center in downtown Los Angeles. The location remained a secret until shortly before the event.

Guests came via bus from all over the city, toting along their own tables and chairs, as well as picnic baskets of food. Sartorial choices ranged from elegant white finery to masquerade-style ensembles. Some guests even had outfits that lit up. As dinner commenced, everyone swung their white napkins in the air, an annual tradition. There were vaudeville performances from the likes of clowns and stilt-walkers, as well as DJs. One couple, who attended Dinner en Blanc two years ago, got engaged. 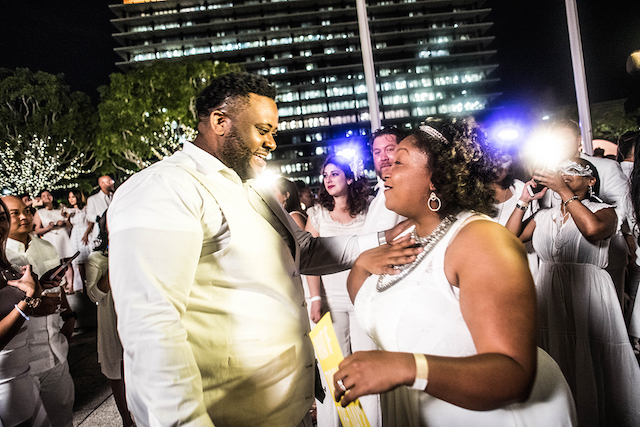 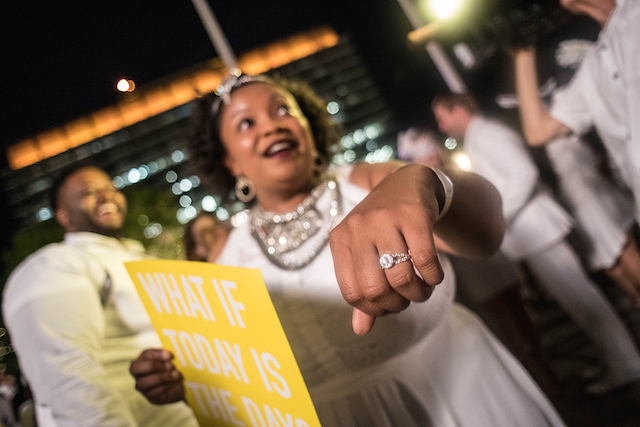 Last year's event took over Pershing Square, and drew an estimated 2,400 people. And it doesn't just happen in L.A. The event sprung up in Paris over two decades ago, and has since taken place in over 25 countries. New York's most recent Dinner En Blanc took place in September along the Wagner Park waterfront. Los Angeles' first Dinner en Blanc happened in 2013 in Beverly Hills, according to the L.A. Times.