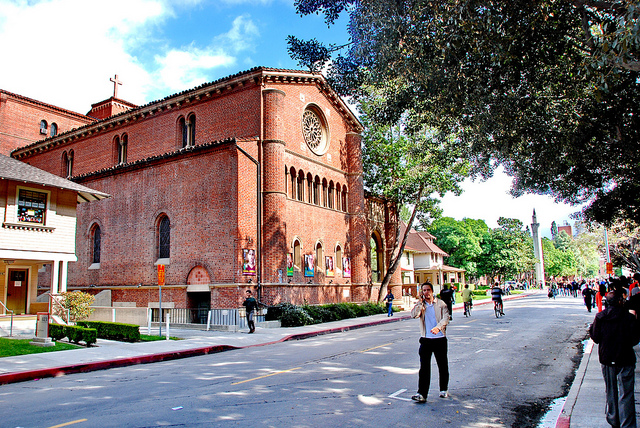 The Los Angeles County Department of Public Health has confirmed that they are currently investigating a norovirus outbreak at the University of Southern California. A representative from the Department of Public Health told LAist that 103 cases have been reported since October 26, which is when the university reached out to the department about the situation. Although norovirus is often associated with cruise ships, it's not uncommon for it to strike college campuses (or, really, anywhere where people are living in close proximity to one another).

The Department of Public Health is currently working with the university to identify the cause of these infections and to prevent new infections, according to a statement issued Thursday.

Norovirus (also known as "winter vomiting disease") is a highly contagious gastrointestinal virus that causes stomach pain, nausea, vomiting, and diarrhea, according to the CDC. Individuals typically develop symptoms 12 to 48 hours after being exposed to the virus. Symptoms typically subside within 48 hours. The university has asked students to remain home from classes or social events until they've been symptom free for at least 24 hours, according to a post on the USC Engemann Student Health Center website. This isn't the first time the student body has been struck down by the virus—in 2008 hundreds of cases were reported in 2008, and there were a number of outbreaks around the L.A. area last year, as well.

The university also advised students that all faculty have been notified of the situation, and will be providing flexibility to students have to miss classes due to illness.

USC students affected by the virus who have a meal plan can email diningbratmeal@usc.edu to request that a stomach-friendly BRAT meal (bananas, rice, applesauce and toast) be delivered to their dorm.