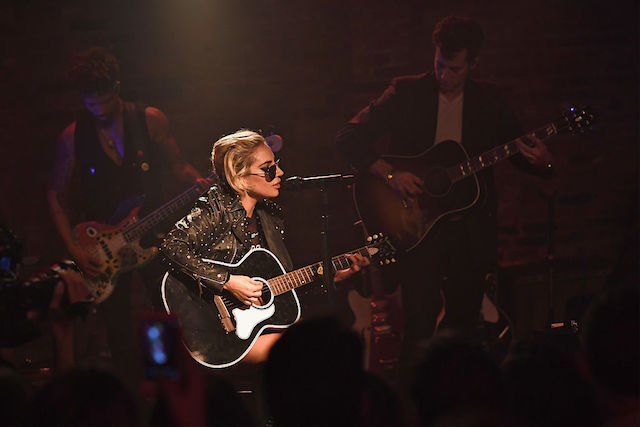 Lady Gaga wraps up her Dive Bar Tour tonight, and she'll be finishing her 3-stint journey in Los Angeles. Want to know where? The clue is in this photo...

@LadyGaga’s final stop on the #DiveBarTour is...LOS ANGELES. Look for her TONIGHT 10PM EDT, wherever you find this sign. pic.twitter.com/D90VLUlwwV

Over on the Lady Gaga subreddit, a user has posted a photo of the marquee at Silver Lake's The Satellite, which reads, "JOANNE 7 PM." Gaga is in the midst of promoting her latest album, Joanne, which she named after her late aunt. "My first performances were in dive bars in New York City and around the country, so working with Bud Light to go back to my roots to perform songs from my new album Joanne is such an exciting way to connect with my fans and share this music with them for the first time," Gaga said in a statement.

While the prospect of seeing one of the biggest pop stars in the world perform in such an intimate venue is exciting (The Satellite's capacity is under 300), don't bother driving over to Silver Lake to get in line. According to Pass The Aux, tickets were only made available through some sort of drawing. The performance will be streamed on Bud Light's and Lady Gaga's Facebook pages.

The Dive Bar Tour started at The 5 Spot in Nashville earlier this month, and last week she played in New York City's Bitter End, where she says she got her start.