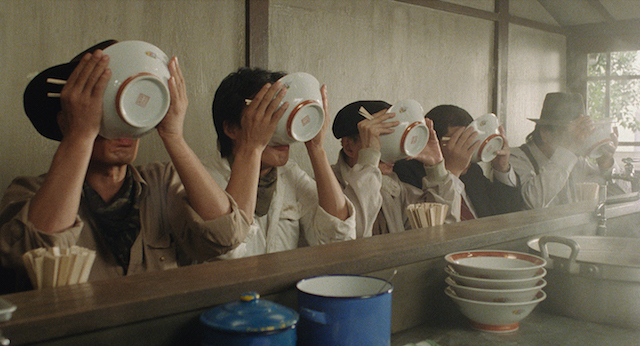 You will be craving ramen by the time Tampopo is over. Hell, you'll be craving ramen less than ten minutes into the movie. It is extraordinarily fortuitous that Janus Films' restoration of the 1985 madcap Japanese masterpiece will be playing at the Nuart, mere blocks away from Sawtelle Japantown's sumptuous noodle offerings at Tsujita, Tatsu, Daikokuya, Shin Sen Gumi, and the like. Not only will the loving photography of steaming goodness make any viewer salivate, the movie will also teach them how to properly appreciate the meal. In an early scene, a "wise master" instructs a student in the precise ritual of savoring every aspect of a fine bowl of ramen: Take in the smell for a full minute, consider each ingredient in turn, tap a pork slice against the side of the bowl exactly three times, etc.

This is a film about ritual—specifically, culinary ritual. Like the ramen master mulling every component of the bowl, director Juzo Itami pulls apart how we make, eat, and think about food. Asian cinema in general is far more interested in process and evolution than Western film. What an American movie might condense into a montage, Tampopo spends most of its running time on. The main story follows cowboy-like trucker Goro (Tsutomu Yamazaki) as he helps the widowed Tampopo (Nobuko Miyamoto) transform her roadside ramen shop from a dump to a destination. He stresses how the way she treats each ingredient must be overhauled, with everything from the noodles to the broth getting their own scene. 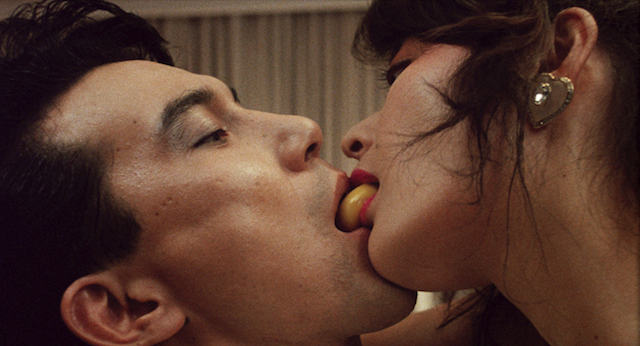 Peppered throughout are vignettes starring other characters, each of which pays tribute to a different element of food culture. A bum breaks into a kitchen after-hours and fries up an amazing-looking omelet in a sequence that's equal parts mouth-watering and suspenseful, as he has to finish up before the night watchman finds him. Standards of etiquette are satirized in a scene of young women learning "proper Western spaghetti eating" while a European man blatantly ignores all such manners. Japanese custom gets a ribbing when a junior executive openly embarrasses his bosses with his superior knowledge of French cuisine. Some scenes simply take everyday parts of life to their humorous extreme, with a supermarket clerk doggedly trying to catch an old woman in the act of squeezing random food, or a housewife rising from her deathbed to cook one last meal for her family.

And then there are the parts which put a new spin on "food porn," as an archetypically smooth gangster type in a white suit (Koji Yakusho) explores various ways to erotically eat things with his moll (Fukumi Koroda). One bit features them swapping an egg yolk mouth-to-mouth. It's utterly ridiculous and legitimately sexy at the same time, and that the movie can pull that off is a testament to its unique vibe. With food as a muse linking all kinds of human behavior and a wry sensibility baked into the whole, Tampopo is an endless delight. And its beautiful restoration makes every sizzle and wisp of steam waft off the screen, making it the perfect jumping-off point for a night on the town to try as many dishes as you can stuff in.

And by the way, Shin Sen Gumi is just a block away from the Nuart.

Tampopo opens at the Nuart on Friday.

Dan Schindel is a freelance critic and copy editor. You can find his work at danschindel.com or follow him on Twitter @DanSchindel.