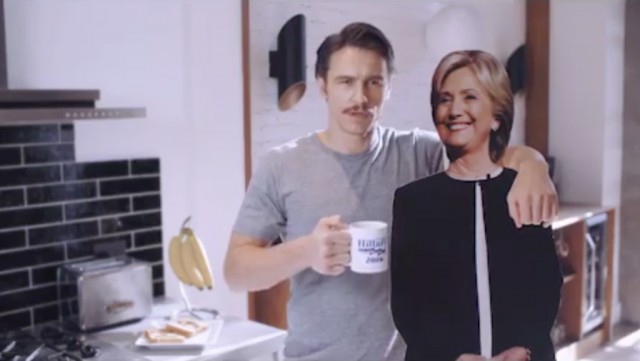 Future President Hillary Clinton finally got the Franco endorsement, so this thing is pretty much in the bag. In a video released today, James Franco declares:

The smartest guy in the room, is always her. After she opens a can of whoop-ass, she always recycles the can. Her secret service name code name is Hermione, because she's a fucking wizard. She's the most interesting woman in the world. I don't always endorse candidates, but when I do, they're extraordinary.

Franco teamed up with Emily's List for the launch of their #MostInterestingWoman Campaign in Support of Hillary Clinton, and concludes his endorsement urging America to "vote wisely, my friends." According to Emily's List, the ad is meant to target millennial voters in key battleground states like Florida, Nevada, New Hampshire, Pennsylvania, and North Carolina.

Franco said in a statement, "Hillary Clinton has led an amazing life; it is not a stretch to describe her as ‘the most interesting woman in the world.' I got involved in this project because I wanted more people, particularly younger people, to get to know an extraordinary woman who has, through a lifetime a work, earned our trust and support. I am excited to work with an amazing team to create and distribute this unconventional endorsement of Hillary Clinton for president." 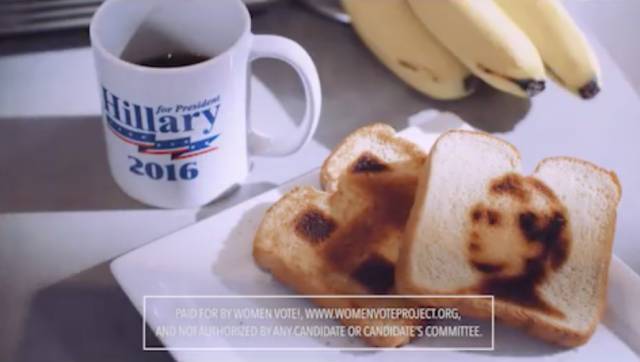