Jonathan Gold's Latest 101 Best L.A. Restaurants List Is Out And We Are Psyched 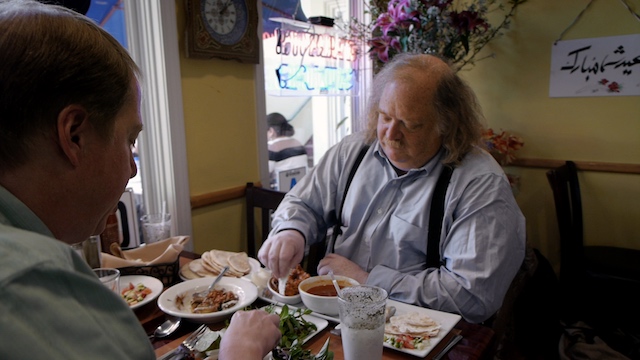 Another year is almost done, and another edition of Jonathan Gold's much-loved "101 Best Restaurants" is here to guide our palates around the city. The civic icon and Pulitzer Prize-winning food critic's annual list is a go-to for many Angelenos. So what are the highlights for this year?

Providence—for the fourth year running—tops the list. "Were we all pulling for Providence to be No. 1 again?" Gold asks. "No, we were not. We are as aware of the rules of drama as anyone, and not even the Phil Jackson-led Lakers were ever able to pull off four in a row. Meryl Streep doesn't win an Oscar every time she is up for it. Michael Phelps didn't win every race. But once again, without a food truck, a celebrity forager or much of a presence on TV, Providence embodies what a restaurant should aspire to be," he continues. Fair enough. It's certainly good eating if you can afford it.

The brand new Shibumi, a downtown Japanese kappo-style restaurant and bar that opened in June (Gold raved about in August) makes a flying entrance onto the list, coming in at second place.

And Shibumi isn't the only new downtown restaurant to make the top ten. Spring, a light-filled French restaurant downtown from the team behind Church and State, snags the no. 4 slot.

New on the list are Baroo (no. 23), where freestyle Korean food and fermentation meet in strip mall bliss, Otium (no. 27), which Gold calls "the most ambitious new restaurant in years," Pok Pok LA (no. 33) and Frogtown taco hotspot Salazar (no. 34, and good luck getting a table now). LocoL, the Watts outpost of Roy Choi's "revolutionary fast food" chain also makes an entrance onto the list (no. 58).

Other notable additions Mian (no. 59), the new Chongqing-style noodle house in San Gabriel from Chengdu Taste's Tony Xu, and Rice Bar (no. 98).

We also love that Chinatown's Far East Plaza (which Gold describes as "the white-hot center of the new Chinatown food scene") gets its own lump entry, encompassing Howlin' Ray's, Roy Choi's takeout restaurant Chego, Taiwanese street food at Lao Tao, and several other noveau spots. He even gives longtime Far East Plaza tenant Kim Chuy a shoutout, home to some of the best Chiuchow food in the neighborhood.

Oaxacan classic Guelaguetza (no. 64), a Gold stalwart, is back on the list after mysteriously dropping off last year.

Time to get eating L.A.! There's a lot of good food out there.

Related:
Jonathan Gold Is Going Back Down Pico Boulevard
Why L.A. Getting Snubbed By Michelin Is Actually A Compliment To Our Food Scene
Interview: Jonathan Gold Says Los Angeles' Food Doesn't Get The Respect It Deserves