There Appears To Be A Fake Guisados In The Philippines 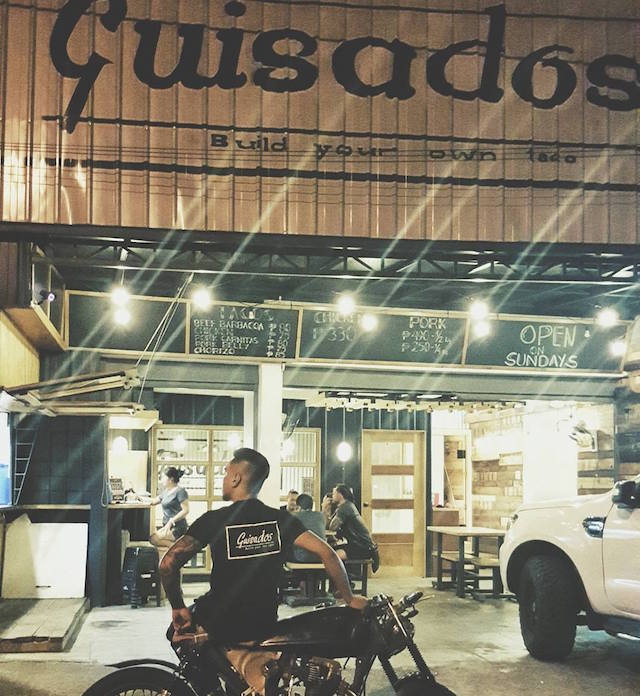 Well, this is truly weird. It appears that one of L.A.'s favorite homegrown taco joints has spawned a no-holds-barred imposter—in the Philippines. As first reported by Los Angeles Magazine, a Mexican restaurant in Quezon City, Philippines seems to have fully ripped off Guisados, going so far as to borrow from the L.A. taco joint's menu, logo and backstory.

In an extremely defensive Facebook missive posted Sunday, the Filipino Guisados maintained that the "mishap" was a total coincidence and they were completely unaware of the L.A. Guisados when they were getting their restaurant off the ground. Suuuure.

They claim that their five-taco sampler plate (an o.g. Guisados staple) is just another coincidence, and that the plate was, in fact, an obvious choice for them since they have five different meats for their tacos. The post also includes more than a hundred words dedicated to explaining why their logo doesn't actually resemble the L.A. Guisados'. You can decide for yourself below:

The oddness of the whole situation is such that we can't help but wonder if there isn't some chance this is all just performance art. Given the 15-hour time difference between L.A. and the Philippines, we were unable to call the faux-Guisados to determine if restaurant sounds in the background were real-sounding. The 70 reviews and 2,000+ check-ins on the Filipino restaurant's Facebook makes that angle seem unlikely—or like these people are giving a Marina Abramovic a serious run for her money.

We reached out to L.A. Guisados for comment but did not immediately hear back.