Loretta Sanchez Did The Dab At The Senate Debate, Because Why Not 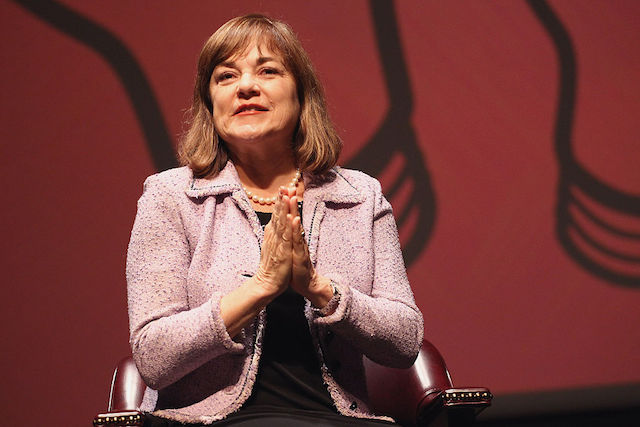 If you're not over televised debates (and the subsequent punditry) by now , you may have tuned into the California senate debate on Wednesday night. On one side, there was Attorney General Kamala Harris, whose tactic was to project a sense of calm and dependability. On the other side, there was Congresswoman Loretta Sanchez, who was energetic and at times effusive.

The debate touched on a number of topics, from reducing the high-school drop out rate, the failure of the war on drugs, and water conservation in a drought-struck California. It was pretty civil for the most part. Towards the end, however, as Sanchez delivered her final comments, moderator Marc Brown interrupted her and urged her to wrap it up. Then this happened:

Did Loretta Sanchez #dab at end of Senate debate with Kamala Harris? What do you think? @NBCLA pic.twitter.com/YeAb0zYWsj

Yeah. She dabbed. "So there's a clear difference between the candidates in this race," Harris said right after the dab. We take it to mean, "That was ridic and I promise voters that I would never stoop to that kind of nonsense when elected."

As if Harris' comment wasn't pointed enough, just check out these close-up shots of her reactions. Right before the dab, Harris senses something's amiss but is hesitant to take a look:

She turns to look, and her face says it all:

Luis Vizcaino, a spokesperson for Sanchez's campaign, took to Twitter to say that her dab moves were an indicator of her rapport with millennials.

And, if we see any more memes like the one below, Vizcaino may indeed be correct.

We expect Sanchez to pull out all the stops up till November, as she's going to need all the momentum she can get. Both senators Dianne Feinstein and Barbara Boxer (who's retiring and will be replaced by one of the candidates) have given their support to Harris. And several polls place Harris at the lead; a poll conducted by The Field Poll and the Institute of Governmental Studies at the University of California, Berkeley saya that Harris holds a whopping 22 point lead over Sanchez.

As for dabbing. You're probably aware of it already, but you may also be wondering what, exactly, it is. The Daily Dot has a nice breakdown of the history of the dance move. It started out in hip-hop circles in Atlanta, but didn't gain widespread exposure until Carolina Panthers quarterback Cam Newtown started performing it during games. And now, well, it's everywhere. The Daily Dot notes that "it was dragged from the hip-hop community into the traffic-baiting morning news circuit, shifting from lit trend to tired fad." Don't tell that to Sanchez though!

You can watch/re-watch the debate in full here: