In 2013, the Pacific Health Corp. (thanks to insurance fraud and an illegal kickback scheme) announced it would shut down several area hospitals, among them the Los Angeles Metropolitan Medical Center on Western Avenue. The center had opened in 1971 as the first black-owned hospital in L.A.

The pastel pink and green building has remained abandoned since, and recently art curator John Wolf transformed it back into #thehospital. At least, that's the Instagram hashtag everyone used this weekend when his installation, Human Condition, opened.

The show will run through November 30th, and is described as "an immersive, site-specific exhibition." The 40,000-square-foot building now "features the work of over eighty emerging and established artists [Jenny Holzer, David Benjamin Sherry, Gregory Crewdson, and Chantal Joffe, to name a few] in a uniquely challenging space... [inviting] artists to re-contextualize the hospital’s functional history as a venue to explore what it means to be human."

Attendees are encouraged to explore the grounds as well as the works, as there are untouched rooms that have simply been left as is. 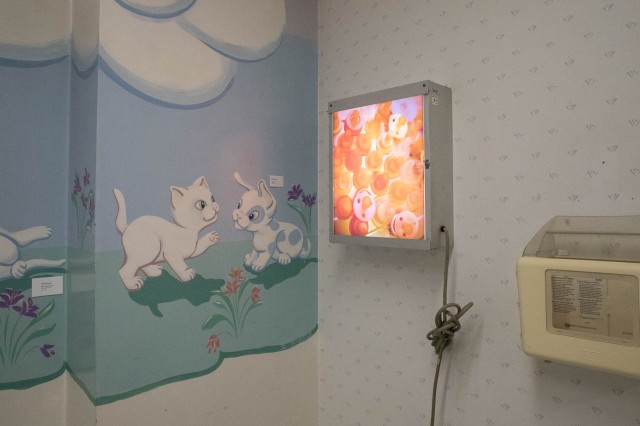 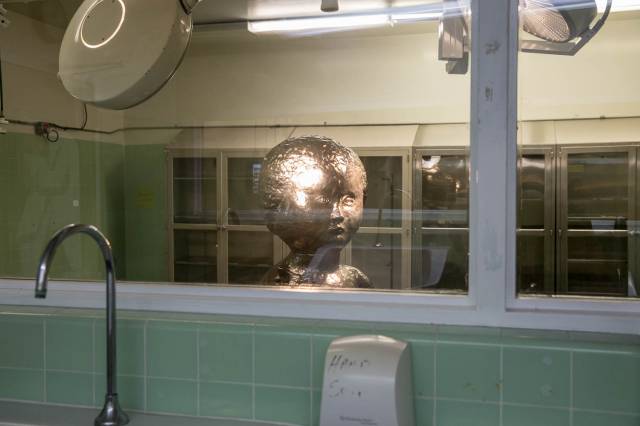 The works range from sculpture, to painting, to performance and immersive installations, all "displayed amongst the surgical rooms, maternity wards, a psychiatric floor, and the cafeteria." There are three floors containing artwork in total, and photographer Tod Seelie reports back that some of the more successful pieces were "the work that was really enhanced by the environment." With that in mind, he says "the most overheard word was 'creepy,'" adding, "the juxtaposition of a photo series of paraphilic infantilism fetishists installed in the infant ward WAS pretty unsettling."

The Los Angeles Metropolitan Medical Center is now briefly reopen, though thanks to a new sign by Kelly Lamb, it's being called the “Flesh and Bone Zone."