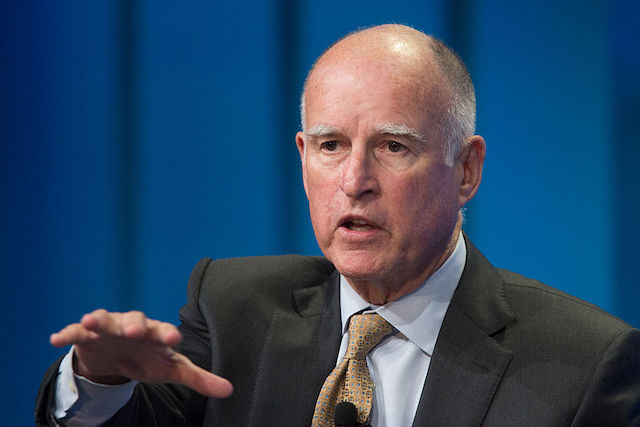 Governor Jerry Brown has signed off on a law that ends the statute of limitations on prosecuting rape cases. The bill—SB 813—popped up quietly on Wednesday in a list of legislation that Brown had recently approved—Brown provided no comment on the signing.

Currently, California's statute of limitations generally says that, for a felony sex offense case, a person must start the prosecution process within 10 years of the alleged act. It also says that, in sexual crimes committed against victims under 18, the victim will have until his or her 40th birthday to prosecute.

Now that SB 813 has been signed into law, those stipulation has been thrown out. According to the bill, "the prosecution of rape, sodomy, lewd or lascivious acts, continuous sexual abuse of a child, oral copulation, and sexual penetration, that are committed under certain circumstances, as specified" may "be commenced at any time." The law goes into effect on January 1, 2017. It will apply only to crimes that occur after that date, and for cases in which the statute of limitations has not expired by that date.

Several news outlets have suggested that the allegations against Bill Cosby may have influenced the introduction of SB 813. Newsweek says that both Colorado and Nevada had lengthened their statute of limitations (and therefor giving victims more time to report the crimes) in response to the accusations made against Cosby. And NPR says that SB 813 "is widely believed to be inspired by allegations against comedian Bill Cosby." As noted in a 2015 Mic article, a majority of Cosby's accusers (the total is about 60 now) have not been able to press charges against him because of the statute of limitations.

The statute of limitations varies across different crimes and states. Some states, like California, have an exception for incidences in which there's newfound DNA evidence, according to the L.A. Times. Some states, however, do not have this exemption.

Why does the statute of limitations even exist? It's believed that, with the passing of time, witness memory fades, evidence may deteriorate, and witnesses and defendants may die before the charges are even brought up, all of which could complicate the judicial process. Some also argue that the statute of limitations encourages victims to bring up the charges quicker.

Others, however, argue that the statute of limitations only serves to undermine victims of sexual abuse. Feminist attorney Jill Filipovic outlined a number of scenarios where a victim of sexual abuse is discouraged from pressing charges in a New York Times op-ed:

Most sexual assault survivors don't report the crime right away, especially if the perpetrator is someone they know—which applies in about four-fifths of cases.

Among the reasons survivors don't go to the police, one is the well-founded fear they won't be believed; another is that they may be accused of lying or even be prosecuted themselves. Cases where the accused and the accuser know each other, or where there is little physical evidence, are especially difficult to prove.

Senator Connie M. Leyva (D-Chino), who authored SB 813, said that the law is an important step in bringing justice to victims of sexual abuse. A statement released by Leyva's office said that, "According to the United States Department of Justice, only two in 100 rapists will be convicted of a felony and spend any time in prison. The other 98 percent will never be punished for their crime."

Leyva added that, "Rapists should never be able to evade legal consequences simply because an arbitrary time limit has expired. There must never be an expiration date on justice!"