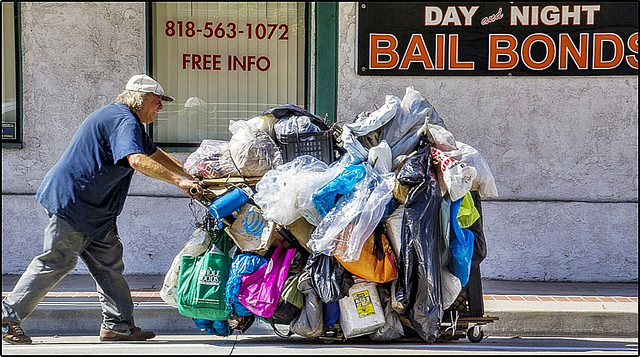 After Mayor Eric Garcetti came to Tuesday's County Board of Supervisors meeting to testify in support of a homelessness-related bond measure, the board passed a resolution in support of the measure.

Proposition H (or Proposition HHH) will need at least two-thirds of the vote to pass when it's on the ballot in November. It would allow the city to create a new property tax on residential and commercial properties that could potentially generate an approximate $1.2 billion to build supportive housing for L.A.'s homeless, according to the Daily News. More specifically, it would finance the construction 8,000 to 10,000 permanent supportive housing units for the chronically homeless over the next decade, according to a statement from County Supervisor Mark Ridley-Thomas, who introduced the resolution. Proposition H would also fund affordable housing, temporary shelters and other amenities needed by the homeless and those at risk of becoming homeless.

Garcetti was invited to testify at the meeting by Supervisor Mark Ridley-Thomas, according to a spokesperson from the mayor's office. The resolution passed 3-0, with Supervisors Don Knabe and Michael Antonovich choosing to abstain. Ridley-Thomas said the measure would "make a significant dent in homelessness" in L.A., according to City News Service. Ridley-Thomas has also pushed for Governor Jerry Brown to declare a homelessness state of emergency.

"A year ago, we didn't have a strategy. A year ago, we weren't working together. Today, it's a very different picture," Garcetti told the board. "We're now aligned in a comprehensive homelessness strategy to make sure that we can address the immediate needs of unsheltered residents."

According to the Los Angeles Homeless Services Authority's 2016 count, there are estimated 28,464 homeless individuals in the city, an 11% increase from 2015.

Polls conducted in the spring suggest that more than 75% of voters support the measure, though some have criticized it as lacking proper oversight and potentially putting an unfair burden on those who purchased their homes more recently (property taxes in California are based on what the home cost when it was purchased).