Bar 107 Is Coming Back (At Another Location) 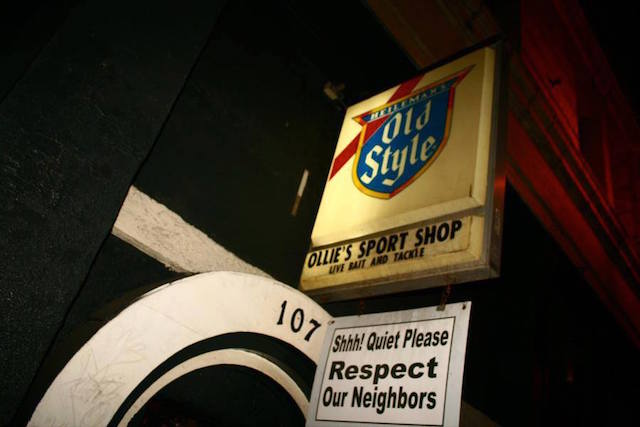 How we'd lamented when Bar 107 closed its doors last year! Gone were the $3 cans of Pabst, the sweaty makeshift dancefloor, and that giant statue of a white horse.

Some said it was a true dive. Others argued that it was "hipster dive" (i.e. cheap cans of Colt 45 served in an atmosphere that was generally clean and innocuous). But whatever; it was easy to have a good time there, and you didn't have to plop down $15 for a high-concept mojito or whatever.

Now we're hearing news that Bar 107 is making a comeback, this time in a location that's closer to the Arts District. As reported by Los Angeles Downtown News, former owner Brian Trayman has filed plans with the city to open up a 4,000-square-foot space that's right above the Escondite, which Trayman also owns. The idea is to recreate the homey charm of Bar 107 in the new space.

Plans also include a tiki lounge on the roof. So, if all goes according to plan, there's going to be a triple-stack of libation-slinging bars at 410 Boyd St. So much drinking and carousing!

Vee Delgadillo, who used to co-own Bar 107, is apparently not involved with this project (she currently helms Down N Out and the Little Easy).

Related: Bar 107 Refuses To Stop The Party (Until The Law Says So)