16 Of Our Favorite Events In Los Angeles This Week 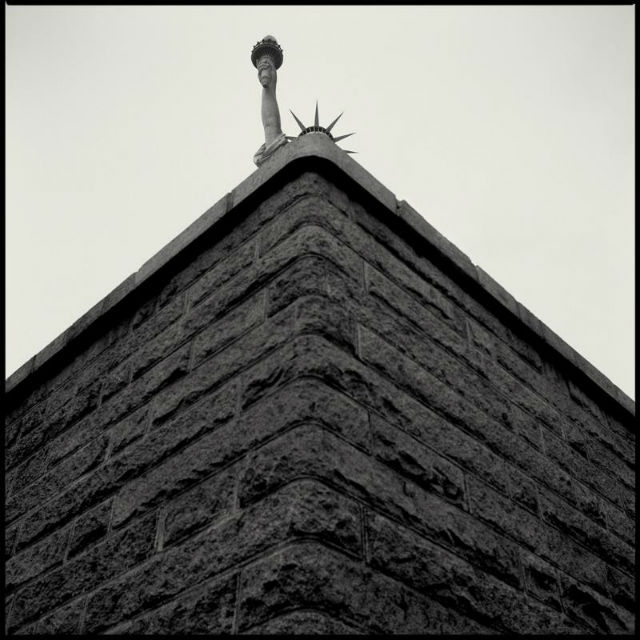 Fahey/Klein Gallery opens a solo show by Dan Winters this week. (Image: 'Statue of Liberty, 1990,' courtesy of the artist)

Here are 15 of our favorite events happening in L.A. this week.

EMO NITE (Music)
The monthly Emo Nite returns to the Echo and Echoplex bringing together people through a shared love of emo music from the 90’s to today. This week, Taking Back Tuesday hosts performances by Crooked Teeth, Fighting Sides and Grace Kelly. Surprise guest DJs spin inside. Limited edition pins designed by Baka (bakasucks.com) will be given out to the first 100 people in line (doors at 9 pm) and serve as a ticket for free entry. $10. 21+.

TWIN PEAKS SOUNDTRACK (Album signing)
On Tuesday at 7 pm, Dark Delicacies horror book and record shop in Burbank hosts a signing for the pre-release of the LP soundtrack album of the television show Twin Peaks. Pick up the record, taste some cherry pie and some damn fine coffee.

DANIEL LANOIS (Music talk)
Grammy Award-winning songwriter, artist and producer Daniel Lanois is at the Los Angeles College of Music (in Pasadena) on Wednesday at 7 pm. He’ll discuss his career, working with artists such as U2, Brian Eno, Bob Dylan, Willie Nelson, Emmylou Harris and others, and his latest album, Goodbye to Language, which comes out on Friday. The event is free and open to the public by RSVP (space is limited). The event will also be streamed live online at www.lacm.edu/letstalkmusic. RSVP at www.lacm.edu or by calling 626.568.8850.

INTERNATIONAL DOCUMENTARY ASSOCIATION (Film)
The International Documentary Association (IDA) starts its ongoing screening series of this year’s best documentary films on Wednesday at 7:30 pm at The Landmark in LA with a screening of Otto Bell’s The Eagle Huntress, about a young girl who trains to become the first female in 12 generations of her Kazakh family to become an eagle hunter. Other IDA selections include OJ: Made in America (Sept. 13); Zero Days (Oct. 6); Jim: The James Foley Story (Oct. 26); and Marathon: The Patriots Day Bombing (Nov. 3). All screenings are free, with seats offered to IDA members and guild members first. Each screening ends with a Q&A with the respective filmmakers moderated by industry experts.

HEAT (Film + Q&A)
The Academy celebrates Michael Mann’s 1995 police drama, Heat, with a screening at the Academy’s Samuel Goldwyn Theater in Beverly Hills on Wednesday at 7 pm with a new 4K DCP restoration. After the screening, Oscar winners Al Pacino and Robert De Niro, four-time Oscar nominee Mann and other cast and crew will reunite in a conversation moderated by director and Oscar nominee Christopher Nolan. Tickets: $3-$5.

NICK CAVE: ONE MORE TIME WITH FEELING (Music + film)
The film One More Time With Feeling 3D screens at the Downtown Independent for a short run beginning on Thursday night. Intended as a one-night only international screening event to launch the new Nick Cave and the Bad Seeds album Skeleton Tree (out Friday), screenings have been added due to demand. The Sept. 8 screenings will be the first opportunity for fans to hear the songs from the new record and watch the film One More Time With Feeling, directed by Andrew Dominik (Chopper, The Assassination of Jesse James by the Coward Robert Ford, Killing Them Softly). The film is an in-depth look at the creation of the record, and the tragic background from where it came. (The death of Cave’s 15-year-old son). Screening at 6:45 pm and 9:15 pm on Thursday; 8:45 pm on Friday.

LIQUID INTELLIGENCE (Mixology class)
Liquid Intelligence at The Mixing Room is a drink-making class held the first Wednesday of the month at the J.W. Marriott at L.A. Live from 6-7 pm. Each month, experts help guests create trendy cocktails at The Mixing Room. The class is free, but space is limited. Reserve a spot and email jwlarestaurants@marriott.com.

STRAIGHT UP & DIRTY MARTINI NIGHT (Martinis and music)
The Standard Downtown LA presents Straight Up & Dirty Martini Night, a new martini and live music series held every Thursday in the Lobby Lounge. This month, local musician Kelsy Karter performs. The Standard has created a specialty food menu and craft Martini bar and are bringing in the best vinyl DJs for the series. 7-10 pm.

ROAST & TOAST FOR WARREN OLNEY (Journalism event)
The Los Angeles Press Club presents A Roast & Toast for Warren Olney on Thursday at 7 pm, at the Press Club at the Steve Allen Theater, moderated by Val Zavala of KCET. Olney is the host and executive producer of To the Point and Olney in L.A. (which can be heard on KCRW). The evening's speakers include former L.A. District Attorney Gil Garcetti, former Supervisor Zev Yaroslavsky, Journalist Judy Muller, Political Science Professor Raphael Sonenstein, Witness LA Creator and Editor Celeste Fremon, and Bob Stern, founder and President of the now closed Center for Governmental Studies. The event is sponsored by KCRW and free to attend. Light refreshments will be served. RSVP required.

PALEYFEST PREVIEWS (Fall TV screenings)
The PaleyFest: Fall TV Previews return to Beverly Hills from Sept. 8-15 featuring screenings and panel discussions with some of the fall’s most anticipated show premieres. In addition to the four big networks, there will be screenings from the El Rey Network and special programs The Mindy Project: Inside the Writers Room and STARZ’s Ash vs Evil Dead. Things kick off with FOX shows with screenings and panels of Pitch and Lethal Weapon on Thursday. General admission tickets start at $20.

DAN WINTERS (Photography exhibition)
The Fahey/Klein Gallery, which specializes in photography, opens the Dan Winters exhibition, The Grey Ghost, on Thursday night. The reception is from 7-9 pm.