Original Border Grill In Santa Monica To Close After 26 Years 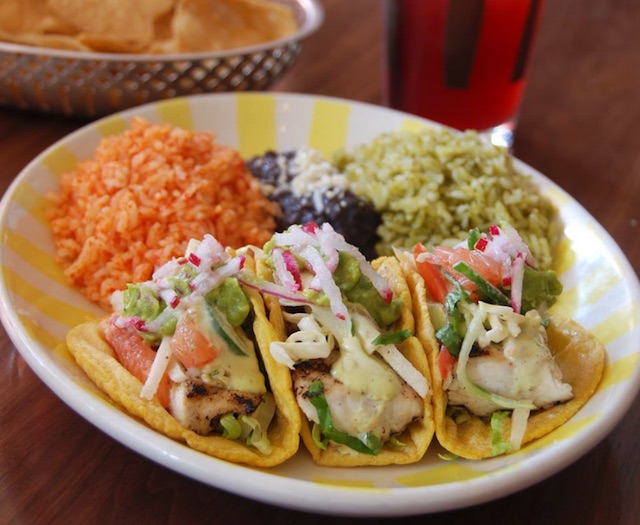 L.A. hasn't always been a vibrant and diverse epicenter for food. As noted at Los Angeles Magazine, up till the 80s all the notable eateries were either French or Italian.

Then, chefs Susan Feniger and Mary Sue Milliken came along and brought a broader world-view to the Westside. Among their projects was Border Grill on 4th Street in Santa Monica. It opened in 1990, a time when it wasn't as common to find a taco truck around the corner of your street, doling out lengua and tripas tacos. The restaurant, fashioned as a sleek cantina, dished out ceviche and sweet corn tamales for its admiring patrons. Now, after more than a quarter century, Border Grill will be closing its doors. Feniger and Milliken said in a letter shared by LA Observed that they will allow their lease to run out, and that the restaurant will be history by mid-October.

With a sentimental and nostalgic nod, we are deeply grateful to all of our employees - without whom we never could have operated for so long...

They also said that they made a ton of tortillas:

By our most recent calculation, we've handmade more than 9 million tortillas on the comal in the window, mashed over 500 tons of avocados for guacamole and poured over 325,000 bottles of tequila - and counting.

It's sad to see that another iconic L.A. eatery is making an exit. But fret not: the Border Grill on 4th Street had been so popular that the chefs had expanded to locations in downtown L.A., Las Vegas, a fast-food concept at LAX, and even a food truck. So you can still get those plantain empanadas when you need your fix.

If you're already feeling wistful and nostalgic for the original location, you should definitely drop by before it closes. The chefs say that, in the upcoming weeks, they'll be bringing back some "throwback" items and pricing on the menu. They'll also be announcing a "big final fiesta" to go out with a bang.

Even if you've never been to Border Grill, it's possible that you've run into Feniger and Milliken's influence elsewhere. They were the progenitors of KCRW's "Good Food" show, and starred in The Food Network's "Too Hot Tamales" cooking show (as noted at the Times, many of the episodes were filmed at the 4th Street Border Grill). Here's a video of the pair showing us how to make a killer frittata with avocados:

Feniger and Milliken also noted in the letter that, "This is less of a 'goodbye/adios' and more of a 'see you soon/hasta luego!'" They say that they'll be working on a new dining concept in Santa Monica. We'll keep our ears to the ground and provide updates when we hear more about the new restaurant.