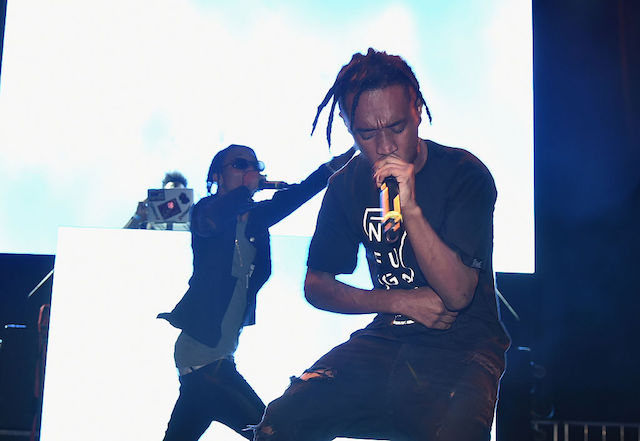 FYF Fest is upon us again, and it seems that this year organizers had set out to make a bombastic statement. The headliners include a reigning king (Kendrick Lamar), a living legend (Grace Jones), and the token reunion band (LCD Soundsystem). There's also Moby, who in some ways embodies all three of the aforementioned categories. The billing may not be surprising, but its got the fool-proof construction of a summer blockbuster. And while you may have already planned out your itinerary, we're here to direct you to some of the must-see acts that may be flying under your radar. Use this schedule of set times for reference, and check out the Spotify playlist below! 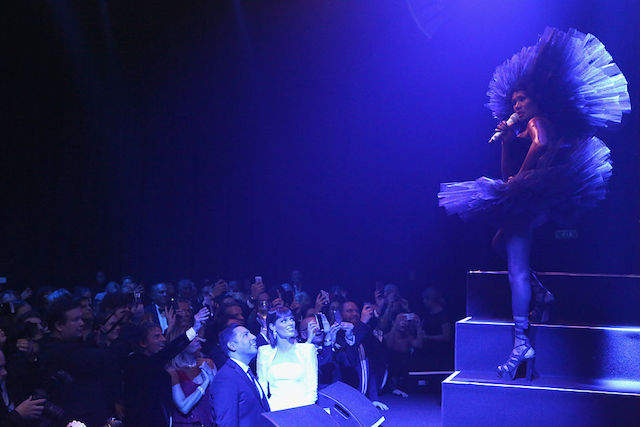 Grace Jones has long attained the status of a demigod. It's hard to imagine what she does in her everyday life. Does she floss? Does Time Warner put her on hold when she calls to upgrade her cable package? Her presence is in and of itself a spectacle. But enough about the aura surrounding Miss Jones. Musically, she could be the perfect parallel to a night out in L.A. Her dancehall sounds—replete with a throbbing bassline and mid-tempo swag—is a great analog for the relaxed hedonism that L.A. is known for. It's also worth noting that her production has slowed down drastically in the last two decades (she's put out one album in that span) and she's performed only sporadically. So, if you're wise, you'd make a point of catching her when she's in town.

For better of worse (mostly better), Rae Sremmurd introduces Atlanta hip-hop to the MDMA scene. All the accoutrements of Atlanta grime—the fidgety hit-hats, the thick, slow-churning bass—are paired with the neon bliss of a Nord Electro keyboard. The Brown brothers, however, are smart in sticking to their roots. Whereas acts like A$AP Rocky have launched themselves into into the molly atmosphere, with little hopes of returning to Earth, Rae Sremmurd knows how to stay grounded. They bring the hooks and the velvety synths, but what really comes through is the pulse of their Southern sound. The tracks are also laden with a precocious sense of world-weariness (the oldest brother is 23) even as they're rapping about Urkel and having sex on a yoga mat.

Shellac, figureheads from the 90s post-hardcore scene, is a trio of middle-aged, Midwestern, mildly discontented dudes who never quite got their due. And their frontman is the oft-cited Steve Albini, who's not shy about professing his hate for EDM, Sonic Youth, Miley Cyrus, Cher's "Believe," greedy landlords, movies, jazz, fashion, and untoasted bread (he does, however, enjoy cowbells and cat videos). So the idea of Shellac playing in the same festival as a bunch of kids who are half their age (some of them aided by a drum machine and/or a Macbook) has the potential for greatness. And it'll be interesting to see if their sound—fragmented noise rock that'd be more at-home in a dank basement venue—will translate onto the airy expanse of Exposition Park.

The dance scene in L.A. is thriving. Drive down any part of downtown (or the Arts District, or Mid-City, or wherever) and you'll hear the thump-thump of a warehouse party somewhere in the vicinity. As such, organizers have set up a stage—the "Woods Stage"—for the express purpose of hosting the night's DJs. L.A.'s Cooper Saver and the Bay Area's Honey Soundsystem will bring a kaleidoscope of space-out disco jams. But, when it comes to straight-and-narrow house music, Bicep is our pick of the lot. There's nothing flashy about the Belfast duo, but their beats are steadfast and infectious. And while they cull from the different eras of soul and Chicago house, they don't steal wantonly from their predecessors. Rather, they take just enough to weave their own vision of present day house music.

At the end of the 20th century, it seemed that music videos had a weird preoccupation with space travel. In "Scream," Michael and Janet boarded a shuttle to play field hockey and lay waste to a bunch Egyptian artifacts. In "No Scrubs," TLC turned up in a futuristic compound to...play on a swing set? Kelela is like the embodiment of that era of tech-kitsch and nascent CGI. On the surface she doles out the bittersweet anthems of 90s R&B, but the beats sputter, warp, and take abrupt turns with the cold precision of a computer program. The technical production amounts to a sound that is chilly, aloof, almost cyborg-like. This may sound like a bad thing, but it's the perfect juxtaposition to Kelela's sensual croon. As such her sound is a study in contrasts. 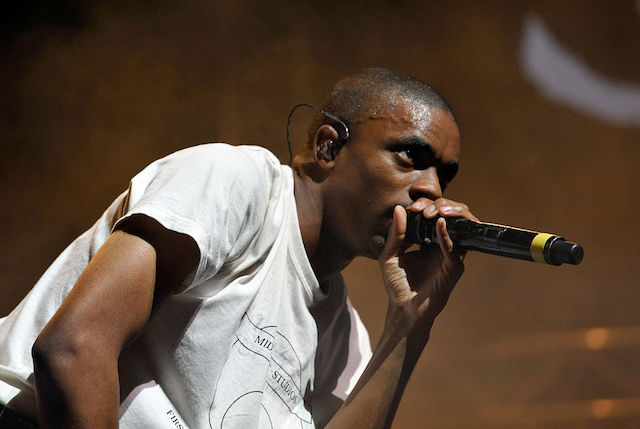 Vince Staples at Coachella in 2016. (Photo by Michael Tullberg/Getty Images)

By now it's safe to say that Vince Staples has taken the mantle from Snoop Dogg when it comes to reppin' the L.B.C (especially the "norf side"). A part of what makes Staples intriguing is the rift between his public persona and the lyrics he commits to paper. On the surface he's a 23-year-old who'll speak at length about Drake's velour track suit or Kanye's leather skirt. In his raps, however, he meditates on themes of loss. Whether it's the departure of a life, or the abrupt passing of youth, there's always an undertow of longing in Staples' best tracks. It is interesting, then, to see him on stage, where he's forced to reconcile the two disparate sides. As a performer he's not just slinging stanzas into a mic, he's also walking a tightrope between the glib kid from norf side and the jilted poet who's seen his share of tragedy. 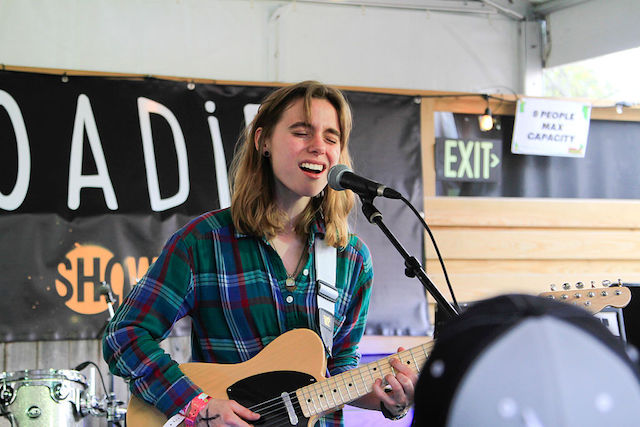 Julien Baker at SXSW in 2016. (Photo by Rahav Segev/Getty Images)

At first glance, Julien Baker seems like a throwback to the folk-minded pantheon of solo, singer-songwriters. But this is only partly true. While her songs mull on the folk-friendly topics of redemption, hurt, and reaching for something unattainable, she’s also louder than she appears on the surface. Her plucked guitar, twinkling like a constellation of stars, fill the space with a dreamy haze. And her lyrics are rife with acid wit and macabre asides that spring up on you at unexpected moments. “Wish I could write songs about anything other than death,” she sings, and you wonder if she’s being droll or serious. Up on stage, it might just be her and her Telecaster, but her music has the volume to captivate the crowd.

For no-holds-barred fun, Sheer Mag might be the sleeper pick of the festival. The Pennsylvania outfit brings the compact riffs of T. Rex and the manic pace of an '80s metal band like Iron Maiden. Lead singer Tina Halladay's voice is a force of nature. It peaks at an improbable pitch, wailing like a Tomahawk missile soaring over your head. And if you're into contact sports the pit promises to be a torrid and sweaty affair. Of course, they're overmatched by the hype surrounding Kendrick Lamar and LCD Soundsystem (or anyone else on the bill, really), but this is the kind of atmosphere that an underdog like Sheer Mag will relish in. With expectations at a minimum, they'll be given license to cut loose and catch everyone off-guard.

Between John Carpenter's revival as a stage musician, the success of the It Follows score, and the popularity of the Stranger Things soundtrack, it seems as if horror has become its own genre of music. You might say that Preoccupations (the band formerly known as Viet Cong) edges on the border of this province. They're not all about Dario Argento, but their sound—a nightmarish terrain of feedback and glacial guitars, all backed by a stiff, plodding kick drum—is like the aural equivalent of a "Fun House of Mirrors." There are plenty of scares to keep you captivated, and the mechanical backbeat will get you moving to a groove. 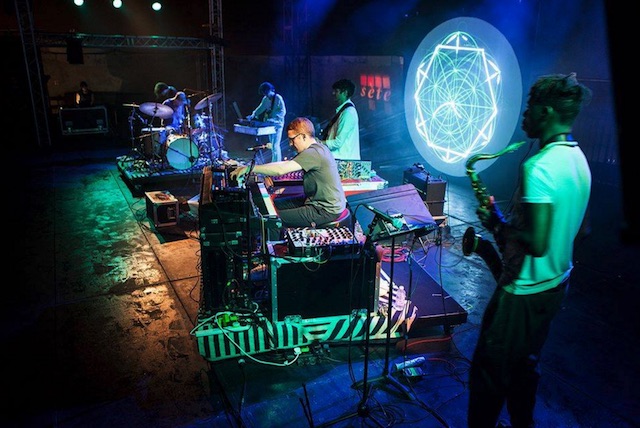 Some think of producer Sam Shepherd (not Sam Shepard) as the thinking man's DJ—a sort of antidote to the self-indulgence of EDM. Whereas EDM relies on a punishing assault of saw synths and trance chords, Shepherd's sound is as unassuming as it is complex. His songs reveal themselves gradually, like an elaborate puzzle that's being pieced together.

Shepherd (a.k.a. Floating Points) will grace FYF with his presence on both nights. He'll be DJing on Saturday, presumably spinning house tracks that'll keep the crowd marching to a 4/4 beat. On Sunday, however, he'll trade in the turntables to do a live set. We expect him to be performing tracks off his highly-regarded studio albums (like 2015's Elaenia). These compositions, while not always dance-centric, are elaborate, nuanced, and totally engaging.

We apologize for the back-handed slight in the lede. The fact is that Moby is a cool guy and that he's been DJing before some of these other acts had even been born. His set will (likely) branch outside of the deep house that is so ubiquitous these days. Expect him to throw in some acid house, or even some drum-and-bass. Moby's just going to do what he wants, because he can.

Check out this playlist we made of the acts mentioned in this list. And be sure to watch Sheer Mag (who aren't on Spotify) in their "Fan The Flames" video that's posted above.