Kobe Is Now A Venture Capitalist 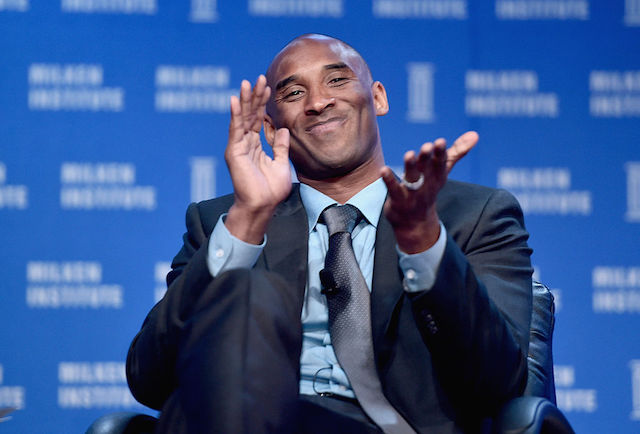 Los Angeles has long been a land of new beginnings—anyone, it seems, can reimagine themselves here. The city is "a fantasy island where people can hope to reinvent themselves in mid-life," as Hillary Johnson explained in Vogue a quarter-century ago. And now, another star has pulled a 180 and recast himself anew. Introducing Kobe Bryant, venture capitalist.

The recently retired Lakers legend announced Monday morning that he would now be shepherding a $100 million venture-capital fund alongside entrepreneur Jeff Stibel, according to the Wall Street Journal. Bryant Stibel, as they've named the fund, will focus on technology, media and data companies. The duo made some noise at 11 Wall Street this morning, celebrating their new endeavor by ringing the opening bell at the New York Stock Exchange.

The Journal reports that the two men have co-invested in fifteen companies since 2013, didn't formalize the partnership until after Bryant's retirement. Apparently they are quite the team, per the Journal:


In an interview, the two men said their skills complement each other, with Mr. Stibel bringing experience building companies and Mr. Bryant contributing a creative, if obsessive, flair for details around marketing, branding and storytelling. He, in fact, designed the company’s new logo with inspiration from piano keys.

They even bonded over shared injuries. In the case of 6-foot-6-inch Mr. Bryant, an Achilles rupture during a 2013 game against the Golden State Warriors; and in the case of 5-foot-7-inch Mr. Stibel, a broken foot in a mishap with a Manhattan cobblestone.

Bryant certainly isn't the first former Laker to segue from the court to business investments, although Tech Crunch does speculate that "Bryant’s fund may be the highest profile example of a sportsman going into the VC world to date."