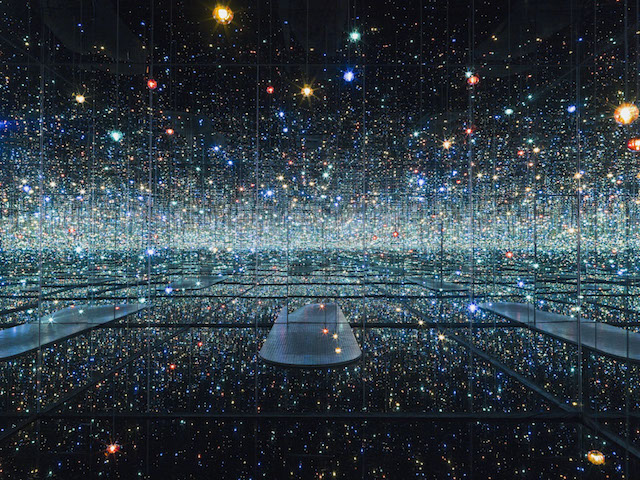 The Broad already has one gorgeous piece by Yayoi Kusama in the form of her captivating Infinity Mirrored Room—The Souls of Millions of Light Years Away. Now, the museum has announced that its first visiting special exhibition will be Yayoi Kusama: Infinity Mirrors. This show will feature six of the artist's infinity mirror rooms, as well as numerous other works.

The show embarks on a five-city tour in February, and will reach The Broad in October of 2017, where it will remain through January 2018. The Broad's The Souls of Millions of Light Years Away (2013), which features numerous LED lights reflected throughout a room of mirrors, will become part of the exhibit, meaning if you still want to see it for free with an ordinary ticket, you should do so sometime in the next year. Yayoi Kusama: Infinity Mirrors will require a separate ticket, but prices have not yet been announced.

Yayoi Kusama: Infinity Mirrors has been organized by Hirshhorn associate curator Mika Yoshitake, somewhat in the order of when the works were created. It will open with Phalli's Field, a mirror room Kusama first exhibited in the 60s that is full of white phallic objects with red polka dots on them. 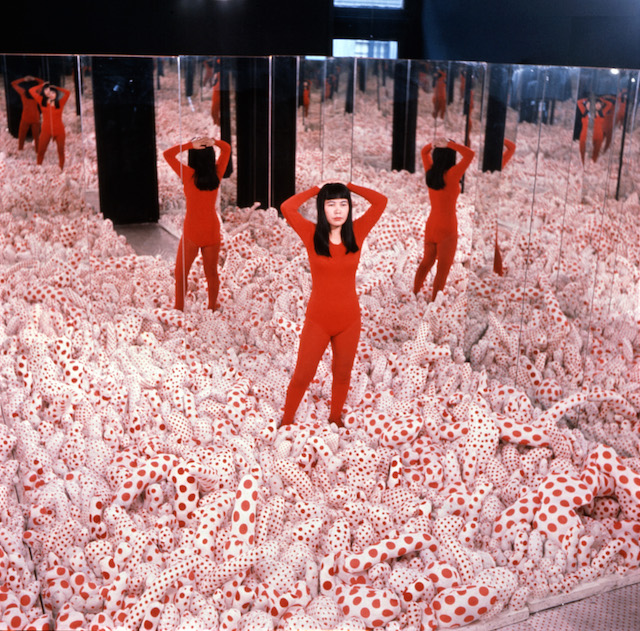 Other mirror rooms include Love Forever, Dots Obsession—Love Transformed into Dots, Aftermath of Obliteration of Eternity, and the seasonally appropriate All the Eternal Love I Have for the Pumpkins. There will also be an installation titled The Obliteration Room, in which guests will be invited to slowly cover the all-white room, fully furnished like an ordinary home, with colored stickers.

"The timing is right for an exhibition that contextualizes the infinity rooms and brings Kusama's contributions to 20th and 21st century art into deeper focus. We are thrilled to present this unprecedented special exhibition at The Broad next year that engages seven decades of work by a phenomenal artist," Broad founding director Joanne Heyler said in a statement.

Kusama, now 87, moved from Japan to New York in 1959. She frequently worked with the likes of Andy Warhol, Allan Kaprow and others, and has exhibited all over the world. In the 1960s, she organized several Body Festivals where nude participants were painted with polka dots. As you might have gleaned, polka dots are a huge part of her work. She wrote in her 2005 book Manhattan Suicide Addict, "… polka-dot has the form of the sun, which is a symbol of the energy of the whole world and our living life, and also the form of the moon, which is calm. Round, soft, colorful, senseless and unknowing. Polka-dots become movement… Polka dots are a way to infinity.” She moved back to Japan in 1973 and now works out of a studio in Tokyo.

Though nothing compares to actually standing in one of these rooms, the videos below will offer a glimpse of them. The first is shot inside the Aftermath of the Obliteration of Eternity, and the second offers a 360 view of All the Eternal Love I Have for the Pumpkins, where you can drag the screen around to reveal the whole room.

Related: Photos: A Look Inside The Broad Museum