We Should All Be More Like This Metro Bus Driver 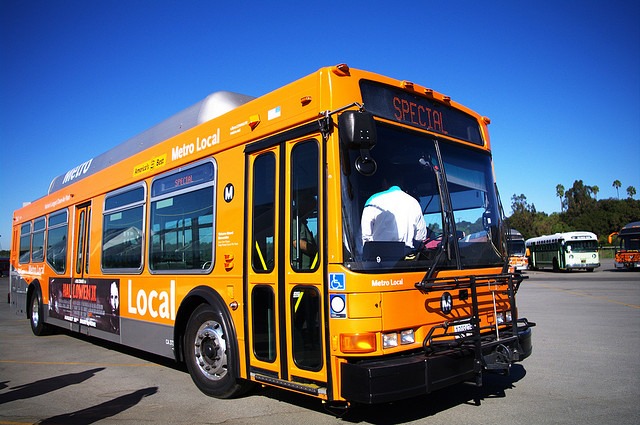 The person behind the wheel is probably really nice. (Photo by Frederick Dennstedt via the LAist Featured Photos pool on Flickr)

Bad days can happen to good people, which sounds like it was the case for one extremely polite L.A. Metro bus driver who took to Reddit to publicly apologize for not saying "goodnight" to two random passengers.

In a Reddit post titled, "If you were riding the 40 line tonight (between 11-11:20ish) in DTLA, I want to apologize," user LA_Metro_Operator writes:

I picked up 2 people on Broadway and Pico tonight around 11ish and they were very friendly to me. Unfortunately, I was having one of the worst nights of my Metro career and I didn't wish them a goodnight after they thanked me in Little Tokyo. I feel like an absolute piece of shit so if either of you 2 are reading this, please forgive me. Theres only so much one can handle with this job and tonight, the scum of LA got the better of me. I am very sorry.

Wow. Taking to the Internet to... apologize for not saying "have a good night" to two random strangers after having a shitty, shitty night....and that's their version of "snapping"?

A sincere expression of humility is such a rare occurrence that I am simultaneously shocked and inspired. Even better than the apology itself were the flood of responses from Redditors expressing their appreciation for the Metro driver. "You have a difficult job, and you all should be paid more. Thanks for what you do," said one person. And, "You have a remarkably tough job, and I love that you care about stuff like this. Hope your next shift is better, keep up the good work."

Thank you, LA_Metro_Operator, for sharing your story and for being very cool and nice. You should get a promotion.