Angelenos Are Losing Their Driver's Licenses Because They're Poor, Suit Says 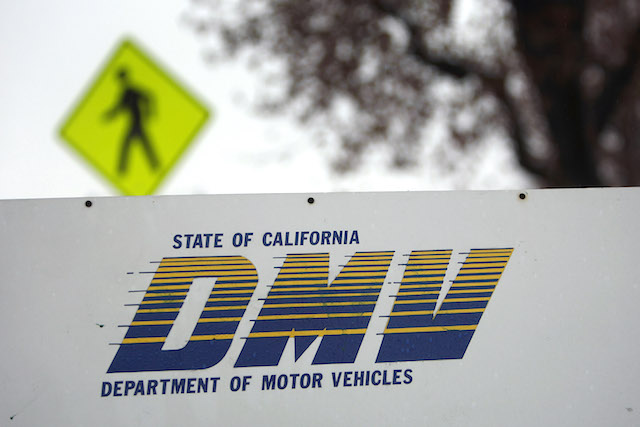 Two low-income Angelenos whose driver's licenses were suspended because they couldn't pay exorbitant citation fees fought back against the court Tuesday, filing a lawsuit alleging that the practice unfairly and unlawfully punishes poor people.

In a county as geographically sprawling and transit-poor as Los Angeles, a license suspension is much more than an inconvenience: it makes it almost impossible for an individual to get and keep a job, take their kids to school, care for ill or disabled family members, or even obtain social services. Research has shown that high citation fees—and the license suspensions that follow—not only further the cycle of poverty, but they also disproportionately affect people of color.

The suit says that tens of thousands of California drivers are affected by this practice every year, "losing their right to drive solely because of their poverty." More than a half a million Californians have lost their licenses because of their failure to pay non-safety related tickets, and 200,000 of them live in Los Angeles County. Although the fines and their effects are clearly a state problem, this particular lawsuit, which was filed against Los Angeles Superior Court, seeks to combat them on the county level.

Fees and surcharges related to traffic tickets have dramatically increased in recent years in a desperate attempt to cover state budget shortfalls and fund various state and county programs. A medley of different fees end up getting added to base cost of every traffic fine, so that, for example, a $35 ticket for failing to signal automatically becomes a $238 fine. The numbers only skyrocket after an individual misses a deadline to pay (miss the first deadline, and that $238 fee will now cost you $538). The state shortfalls may be dire, but so are the human costs on the other side of those exorbitant fees.

Gloria Mata Alvarado's husband was driving her to a doctor's appointment related to her gastritis when the couple was pulled over in August of 2012. Alvarado had been adjusting her seatbelt at the time—her stomach condition often causes her significant pain—and although she told the officer she'd been moving her seatbelt because of her medical condition, he still issued her a ticket for failure to wear a seatbelt.

Alvarado's first language is Spanish, and she speaks little English. She showed up to her court date in May 2013 intending to fight the charge, but a misunderstanding with a court interpreter led her to believe that the ticket would be taken care of if she just pled guilty. She was instead ordered to pay $712. She tried to appeal to the judge by explaining that she was unemployed and disabled, but the judge was unmoved, reducing her fee by a mere $112 to $600. Immediately after the hearing, Alvarado visited the court cashier and explained that she was indigent and would unable to pay the fee. In May 2016, Alvarado went to the DMV to renew her driver's license and learned that it had been suspended as a result of her failure to pay the aforementioned ticket. Alvarado's husband, who is also disabled and receives Social Security and SSI benefits, has been able to do much of the driving in the past, but he will have to undergo eye surgery for glaucoma and cataracts later this month, rendering him unable to drive for at least five weeks. With her license suspended, Alvarado won't be able to drive him to follow-up medical appointments, and with their combined monthly income of $1,514, a cab is pretty much out of the question.

The attorneys who brought the suit say that the license suspensions do more than just disproportionately burden poor Californians of color, they actually violate the law. According to the lawsuit, state law only allows for the courts to move for license suspensions when defendants willfully fail to pay fines, but the L.A. Superior Court "never asked whether [Alvarado and her co-plaintiff Toneshawa Jones] were too poor to pay."

"It's a violation of state law," Theresa Zhen, one of the lawyers who brought the suit, told LAist. "There's a vehicle code section that mandates that the courts determine whether somebody's failure to pay is 'willful' before notifying the DMV. When somebody can't afford to pay, that can't be said to be willful," said Zhen, a lawyer at A New Way of Life Reentry Project.

Willful, as both Zhen and Merriam-Webster will tell you, is defined as something done deliberately. "Just because somebody can't afford to pay a fine, they can't be said to intentionally failed to pay," Zhen explained, adding that current circumstances also deprive individuals of their rights to due process, since no hearing is held for a judge to assess whether they actually have the means to pay, thereby determining if the action was willful.

"We hope that the courts will be moved to create broad, countywide change in the traffic courthouses, so that people like Ms. Jones and Ms. Mata Alvarado can get the relief that they need, and get their driver's licenses reinstated." Ideally, the lawsuit will also prevent future Los Angeles drivers from getting their licenses suspended simply because they are too poor to pay.

Courts in three California counties (including San Francisco) have already changed policies identical to the one currently being challenged in Los Angeles County.