Important Study: L.A. Has More Rare Pokemon Than Any Other U.S. City 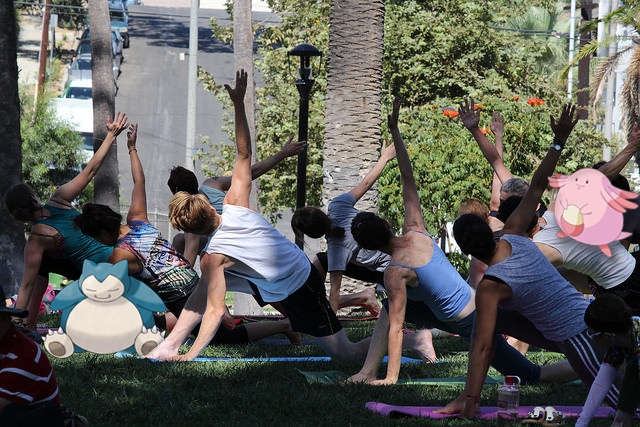 The rent may be high in L.A. And perhaps we don't have the friendliest of neighbors. But you know what? We have more rare pokemon than anyone else, so we're doing just fine.

According to Wanderu, a website that helps users book bus and train tickets, L.A. ranks first when it comes to the number of rare pokemon that Pokemon Go players have encountered. The site claims that, among the hard-to-find pokemon, the only two that have eluded L.A. users are Magnemite and Hitmonchan. We do, however, have Dratini, Hitmonlee, and Chansey, which is apparently non-existent in Boston and New York City.

There's a chart at Wanderu that shows which rare pokemon can be found in which city. They've also mapped out the rare pokemon across the U.S.:

Seattle, who have two less rare pokemon than we do, came in second in the rankings, and local publication The Stranger is none too happy about it.

How was this groundbreaking research done? The folks at Wanderu basically used Twitter's API (application program interface) to look through tons of photos and tweets mentioning Pokemon Go. They tallied up the number of pokemon sightings, and noted the diversity of species from each city. They took care to exclude dubious claims; anything that didn't have photo or video evidence was dropped from consideration.

Meanwhile, Mew is still eluding everyone.