This Map Shows How Much It Costs To Rent An Apartment In L.A., By Neighborhood 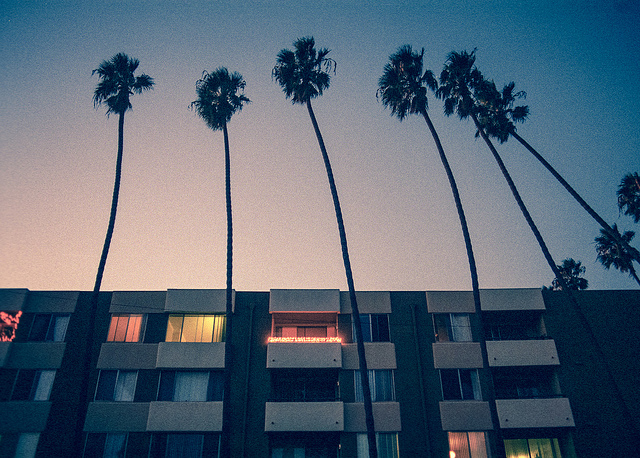 Rents in Los Angeles, as you likely know all too well, have only continued to climb, with overall prices up 3.2% from this month last year, according to a new report from Apartment List. The report features a handy-dandy (i.e. depressing) map showing just how much it costs to rent a two-bedroom apartment in various neighborhoods around the city.

Unsurprisingly, the Westside boasts the highest prices, with median rents for a two-bedroom apartment in Westwood, Pacific Palisades, Brentwood and Venice all topping $4,000 per month. Median prices for Silver Lake and downtown aren't much better, coming in at $3,500 and $3,200, respectively.

So where can a hard-working Angeleno rent an apartment for anything close to a reasonable rate? Well, it looks like there are still a few neighborhoods where the median price for a two-bedroom apartment is still below $1,800, including North Hills ($1,530), South Los Angeles ($1,690), Crenshaw ($1,600) and Lake Balboa ($1,690).

Here's the full neighborhood-by-neighborhood breakdown, in map form (warning: it's not pretty): 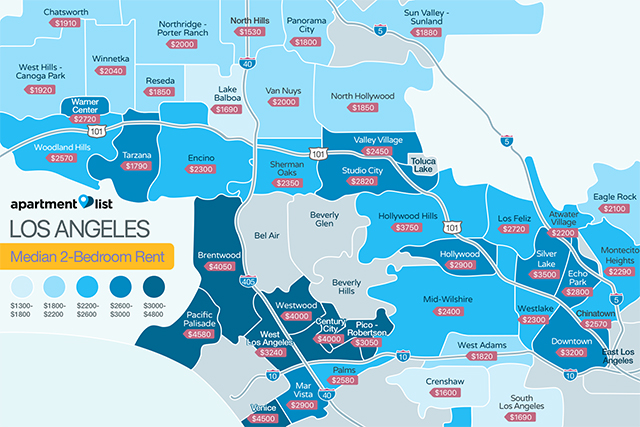 Los Angeles rental price increases also continue to outpace those for the state overall, as you can see in this chart: 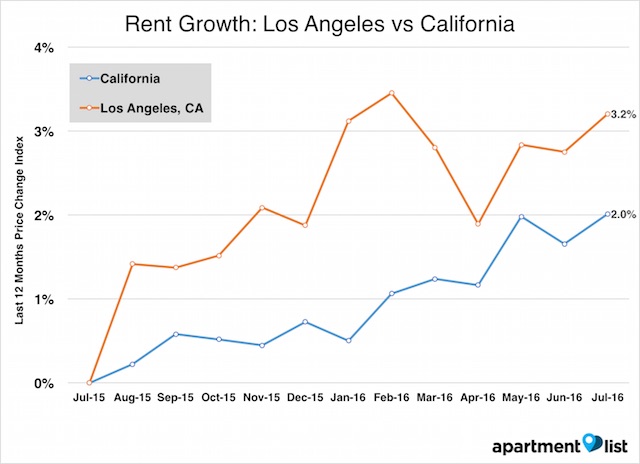 At least rents here in Los Angeles still aren't as bad as New York or San Francisco, which Apartment List ranks as the first and second most expensive American cities for renters, respectively (we currently come in sixth).