Photos: This Is What The Sand Fire Looks Like From Space

As the massive Sand Fire rages on in the Santa Clarita Valley, NASA has released images that show how the fire's smoke—and its scorch marks—are visible from space.

The Sand Fire, which as of Monday morning had encompassed approximately 33,117 acres and was 10% contained, has been burning since Friday.

In the first photo, taken by NASA's Terra satellite on Saturday, smoke from the fire can be seen spilling west past the coastline. Red outlines indicate hot spots indicative of fire, as detected by NASA's imaging system: 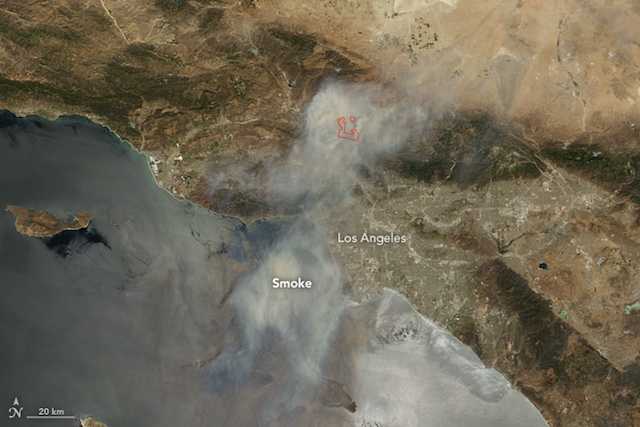 This next image, taken on Sunday using NASA's Landsat 8 satellite, shows the extensive effects that the fire has already had on the landscape: 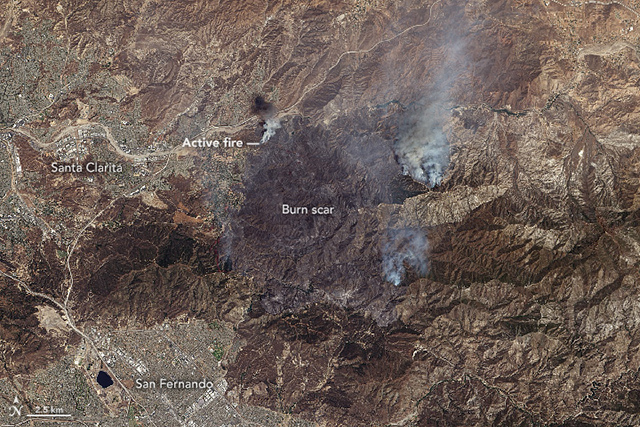 And this image, taken yesterday using NASA's Suomi NPP satellite, shows both the Santa Clarita Sand Fire, as well as the Soberanes Fire near Big Sur from space: 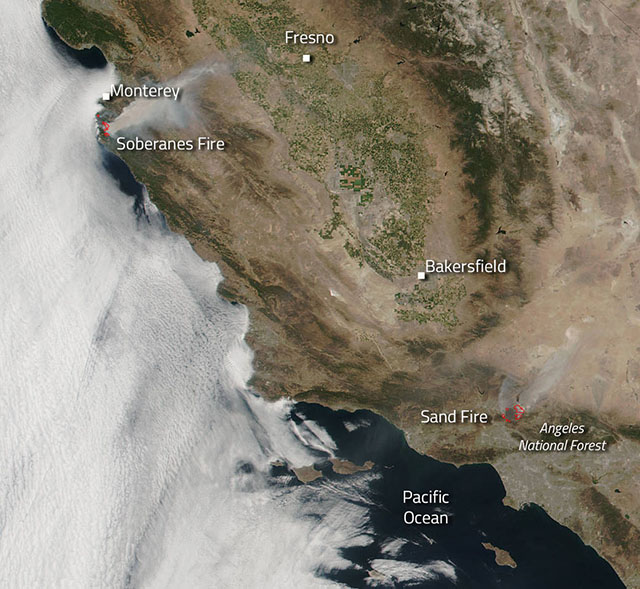