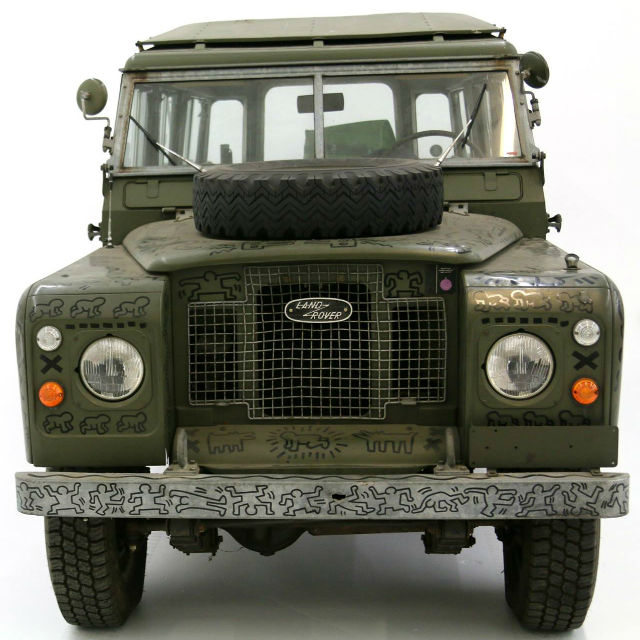 Here are 20 of our favorite events happening in L.A. this week. Check out other options in our July Guide, too.

POKÉMON GO WALKABOUT (Fun + games)
Not to be left out of the Pokémon Go craze, the Natural History museum invites trainers to its Poké-Walkabout, which runs Monday through Friday at 11 am on the NHM Grill Patio this week. Show your Pokémon Go app at any ticket booth to receive $2 off adult admission between 9:30-11 am (until July 29).

BUSTED! TRUE STORIES ABOUT GETTING AROUND LA (Storytelling)
BUSted! True Stories About Getting Around LA, Told By Folks Who Don't Drive returns to the Comedy Central Stage at Hudson Theatre in Hollywood on Tuesday at 8 pm. Hosted by Scott Schultz, featured storytellers include Buck Ball, Nia De-Bose, Adriane Hoff, Martin Torner and Kristina Wong. This show is free, but reservations are required. Comedy Central Stage box office line 323-960-5519.

THE PIT AND THE PENDULUM (Archival screening)
The Academy of Motion Picture Arts and Sciences continues its latest screening series, Archival Revival - 25 Years of the Academy Film Archive. This week, The Academy screens a new 35mm print of The Pit and the Pendulum (1961) at the Samuel Goldwyn Theater in Beverly Hills. Based on the Edgar Allan Poe story, with a screenplay by Richard Matheson, it was directed and produced by Roger Corman, who appears at Tuesday’s screening. Tickets: $5 Regular, $3 member/student.

BRICKLEBERRY (Comic book signing)
Brickleberry, a Comedy Central animated sitcom about a group of park rangers that featured the voices of Daniel Tosh, Natasha Leggero and Bob's Burgers' David Herman, ran for three seasons from 2012 through 2015. A new comic book series picks up where the TV finale left off in 2015, featuring “the same off-beat humor and backwoods politics.” The show was created by Roger Black and Waco O'Guin, who are also working on the new comic book. Black and O’Guin will be signing the first issue on Wednesday night from 6-8 pm at Golden Apple Comics in LA.

TUNESDAY (Music)
Skybar’s music series, Tunesday, continues on Tuesday with a live set by Casey Sullivan of Air Traffic Controller (ATC). The band’s third album, Black Box, was released on March 11 and features the songs "People Watching," "On The Wire" and "The House." Doors open at 8 pm, performance begins at 9 pm. Free, but RSVPs needed: SkybarLA@mhgc.com.

TINKLE TWINS (Variety)
Arden Myrin and Dana Gould are the Tinkle Twins, and they bring a night of comedy, music, variety and more to Nerdmelt on Tuesday night at 9 p.m. Joining them on the bill are Nikki Glaser, Steve Agee, Justin Willman and special guest host Theo Von. Tickets: $8 in advance, $10 at the door. 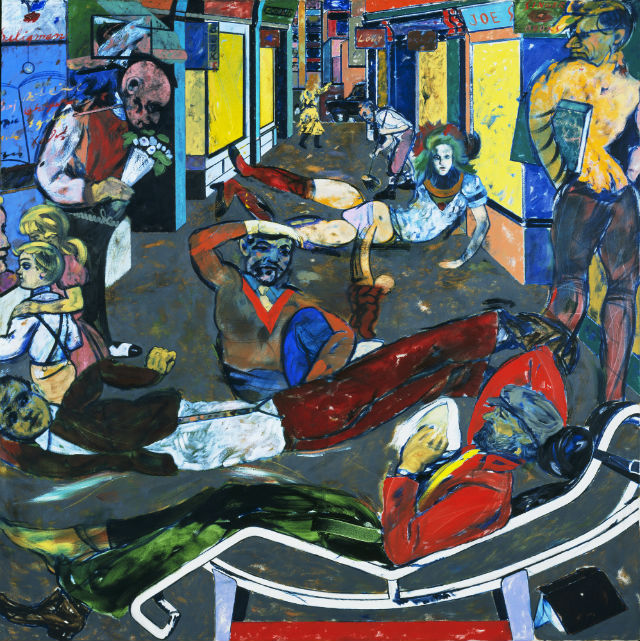 LONDON CALLING (Art)
The Getty Center presents its latest exhibition London Calling: Bacon, Freud, Kossoff, Andrews, Auerbach, and Kitaj from July 26-Nov. 13. The works in this show are largely from the Tate’s collection of leaders from the “School of London”—Francis Bacon, Lucian Freud, Leon Kossoff, Michael Andrews, Frank Auerbach, and R. B. Kitaj—who embraced figurative techniques than the mid-20th century trend toward the avant-garde.

THE MELVINS (Film + music)
The Colossus Of Destiny - A Melvins Tale is a documentary about the metal/punk band who’ve created their own set of rules to live and play by. There’s a screening of the band documentary—which features interviews with Mike Patton, Chris Cornell, Jello Biafra, Gene Simmons, Krist Novoselic, Mark Arm, J. Mascis, Josh Homme, David Yow and many others—on Wednesday at 7:30 pm at the Regent Theater in DTLA, followed by a Q&A with directors Bob Hannam and Ryan Sutherby and an intimate set by the Melvins. Tickets: $25.

THE LAND (Film)
On Thursday at 8 pm at The Theatre at Ace Hotel, IFC Films presents the Los Angeles premiere of The Land, a drama set in Cleveland’s hip-hop underground. The ensemble cast includes The Wire’s Michael K. Williams, Erykah Badu and rapper Machine Gun Kelly, with a soundtrack that features music by Badu, Nas, Nosaj Thing and others. Tickets: $20-$150. The VIP tickets include pre-screening cocktails with cast and creatives as well as the post-screening party.

THE DREAM CYCLE OF JACQUES RIVETTE (Film)
Cinefamily’s La Collectionneuse presents the film series Une fantaisie: The Dream Cycle of Jacques Rivette (1974 - 1981), featuring the lesser-known and seen fantasy films of late French auteur Jacques Rivette. The series opens off-site, screening Duelle (1976) at the Bob Baker Marionette Theater on Thursday night at 7:30 pm. Duelle is part of “The Girls of Fire,” an incomplete group of films by Rivette. An afterparty follows with DJ set by Mark Wright from Décadanse Soirée. Tickets: $12. Free for members.

KEITH HARING ART CAR (Art)
The Petersen Automotive Museum presents the Keith Haring Art Car Unveiling event on Thursday from 7-9 pm. Artist Kenny Scharf and art collector Adam Lindemann will talk about Haring and his work during a Q&A and cocktail hour (6:30 pm). After the Q&A, the museum officially unveils the Land Rover to the public for the first time (at 8 pm). Non-member tickets: $20 and include parking and drinks. This event is 21+.

LITTLE MEN (Film screening + Q&A)
Film Independent at LACMA presents a film screening of Little Men, writer-director Ira Sachs (Married Life, Love is Strange) latest film on Thursday at 7:30 pm at the museum’s Bing Theatre. The film follows teenaged boys, Jake (Theo Taplitz) and Tony (Michael Barbieri), whose friendship is undermined by the social and economic gap between their families and everyday life in New York. From Film Independent: “Sachs has assembled a cast that also features Greg Kinnear, Alfred Molina, Jennifer Ehle, and Talia Balsam as the adults whose immature behavior functions as both tragic and comic contrasts to the open and clear-eyed take on the world that Jake and Tony share. There will be a conversation with Sachs and actors Taplitz and Kinnear after the screening.

HAPPY HOUR (Music + drinks)
Grand Performances in DTLA continues its Happy Hours series on Thursday from 4:30-6:30 pm. DJs spin mixes from around the world, while attendees can indulge in light bites and an onsite bar. This week, DJs Joel Quizon & Rani De Leon unleash disco and funk from Africa to the Philippines and points in between. Free admission.

THE NATIONAL (Music)
The National headline the Greek Theatre on Thursday night, playing tunes from the band’s six studio albums, including its latest Trouble Will Find Me. Lone Bellow opens. We hear the show is sold out, so head to your fav alternative ticket source for a chance to get in. All ages. Doors at 6 pm. Tickets: $37.50 - $42.50.