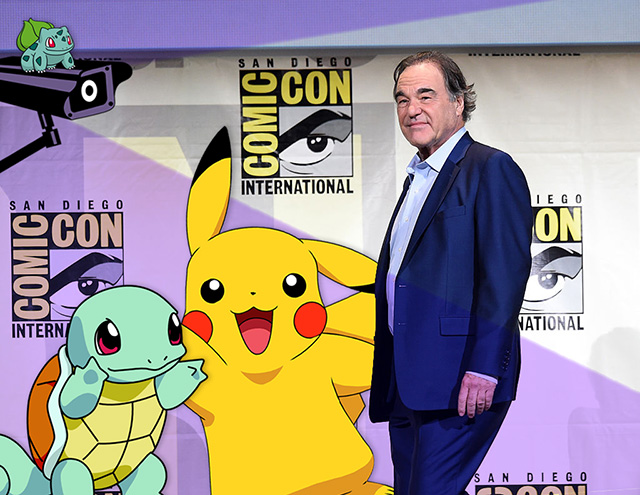 Oliver Stone made his first ever appearance at Comic-Con on Thursday, and the 69-year-old director had a few choice words about the latest craze sweeping the nation.

At a panel for his forthcoming film Snowden—starring Joseph Gordon-Levitt as the NSA whistleblower—Stone was asked about Pokemon Go, to which he said the game was "a new level of invasion."

"They are data mining every person in this room," Stone said, reports Variety. He called the game and similar apps "surveillance capitalism" and said they would lead to a "robot society."

"It's what they call totalitarianism," said the director.

Stone, of course, is known for his radical politics that many might consider crackpot. Just to name a few, he partly blamed 9/11 on Hollywood movies and recently suggested the CIA was behind the 2014 Ukrainian revolution.

But what Stone said isn't completely pie-in-the-sky. After that first weekend Pokemon Go took the nation by storm, there was panic over the level of access the game had to your Google account (which turned out to be overblown). Still, it is a game that does track where you are, so catch 'em all at your own discretion.

If you're feeling what Stone is saying and Pokemon isn't your thing, may we suggest Wokémon?