A Look At What Will Replace The Burbank Ikea

Last month, we reported that developers Crown Realty and Development had invested $400-million in revamping a huge portion of downtown Burbank. This would include
razing the Burbank Ikea and giving the the Burbank Town Center a big makeover.

According to Curbed LA, developers will build 70 for-sale units on North San Fernando Boulevard, a 765-unit apartment complex, an outdoor plaza, and 40,000 square feet of new retail space. A farmer's market might even be in the mix. iHeartBurbank, the project's communications arm, says that developers may also put an additional 259 units along Third Street at the current Office Depot site, as well as a 200-room hotel on the west side of North San Fernando Blvd.

What will it all look like? The developers have just released some new renderings of the plan, and the project certainly looks audacious. Check out this cool "fly-through" simulation of the plaza:

And another angle from outside: 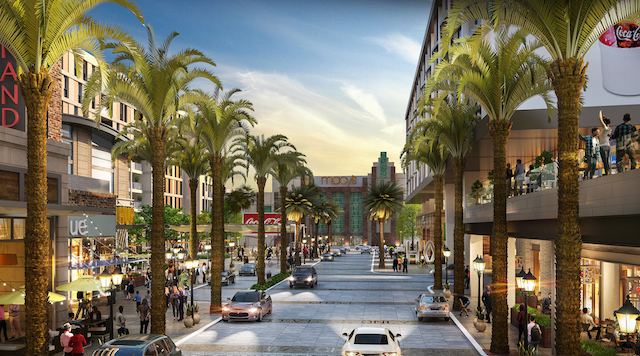 The entrance on Magnolia (shout out to Five Guys):

A food court (with the spirits of the hungry): 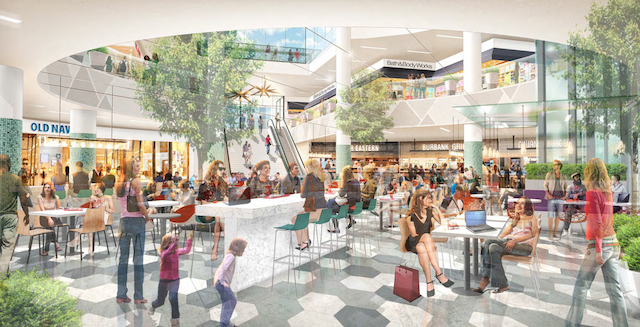 The plans are still in an incipient stage. Developers have submitted their proposals to the City of Burbank earlier this month for approval. As for the soon-to-be-demolished Ikea, it's moving just a mile away. And this new store is going to be massive, as in twice-as-big massive. The new, 456,000-square-foot Ikea is expected to open in Spring of 2017, according to the Daily News.