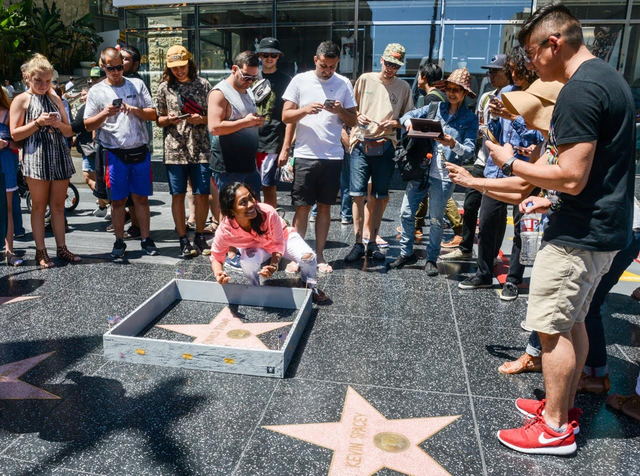 Yesterday a small monument to America's current surreal state went up on Hollywood's Walk of Fame. A teeny tiny wall was erected around Donald Trump's star, complete with "keep out" signs and a razor wire topping. The 6" wall is back today, its creator Plastic Jesus tells us, despite it being trampled yesterday.

Plastic Jesus calls the piece—which is made of wood and concrete—a "humorous installation," and told us Wednesday that it is simply "intended to focus on Trump's ridiculous idea of building a wall."

The wall only lasted 10 minutes yesterday, Plastic Jesus tells us, though it garnered a lot of attention during that time. He added that he's not sure how long it will be up today. "I've left it there," he told us this morning. "Don’t know how long it will last. I guess until the Chamber of Commerce removes it. Yesterday Edward Scissorhands attacked it because it was getting more attention from tourists than him! I’d like to say he used his razor like fingers to cut it up, but sadly he only kicked it!" 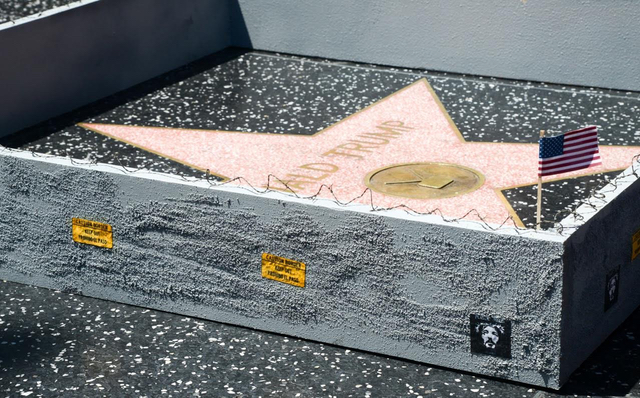 Earlier this year, the star was tagged in a less passive protest.