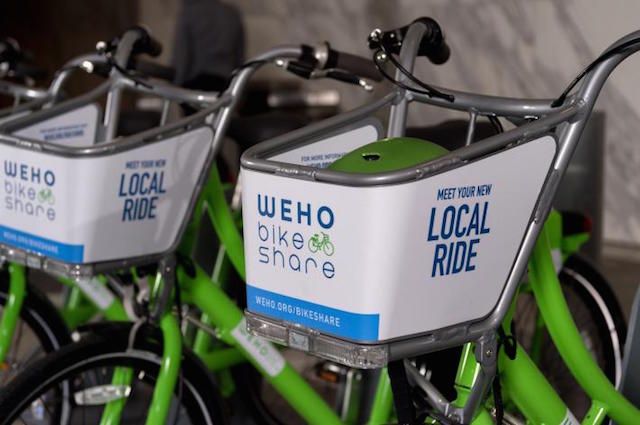 StreetsblogLA reports that WeHo Pedals will be operated by CycleHop, the same company behind the bike share programs in Long Beach, Santa Monica and Beverly Hills. Following the soft launch, WeHo Pedals is expected to be fully open for business on August 30, with 150 bikes and twenty bike-share stations. According to the city, all of the sweet new rides will be wireless technology-equipped "smart bikes"—meaning riders will be able to use a smartphone app to reserve bikes, pay for membership and share ride data with friends.

Here are a few more details from the city:


The bicycles will feature light-emitting diode (LED) headlights and taillights, and cargo baskets. To tackle steep climbs to Sunset Strip, the bicycles will feature eight gears. As “Smart Bikes,” all of the technology is located on the bikes, so they can also be locked to any public bike rack, increasing user flexibility and convenience.

"I'm really excited to use the new bike share program," Carrie Bernstein, a 22-year-old who works in West Hollywood, told LAist. "The Santa Monica program is so great," she said. "It's about time West Hollywood joins in on the fun." 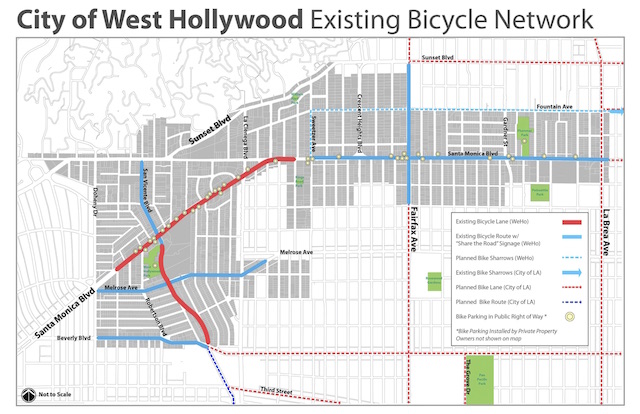