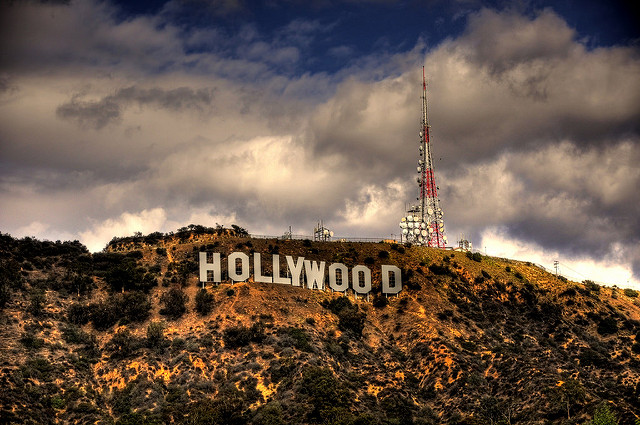 (Photo by Eli Kalaani via the Creative Commons on Flickr)

If you search "The Hollywood Sign" in Google Maps, the search engine will return for you a map with the sign's correct location, atop Mt. Lee, pinpointed. However, if you ask Google Maps (or Waze, Apple Maps, or any other mapping service) for directions to the Hollywood sign, you'll be routed to Griffith Observatory.

While the Griffith Observatory is certainly a lovely place to view the Hollywood Sign, it isn't quite the same as seeing the sign up close, or hiking up the side of Mt. Lee to peer down at the sign from the hilltop's summit. It also means that there is a constant stream of folks walking the roughly 6-mile round-trip hike between the observatory and the sign that lacks both bathrooms and drinking fountains. While a six mile hike is fine and dandy if you know what you're getting into, a lot of the folks who wind up lost in the hills of Griffith Park are tourists, often with very young and very old family members in tow.

There is an easier way, one that the powerful NIMBY forces of the Homeowners On Beachwood Drive United neighborhood group have fought tooth and nail to keep out of the public eye. In the spirit of public interest journalism, here is how you get to the Hollywood Sign: 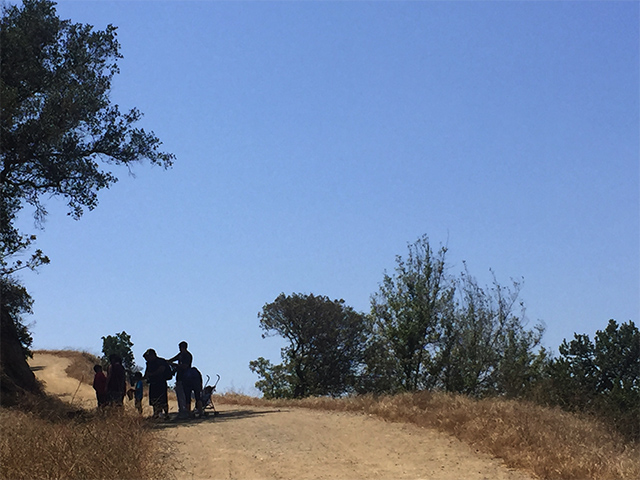 Haplessly lost tourists in Griffith Park, and climbing the side of a hill that doesn't lead to the Hollywood sign. (Matt Tinoco/LAist)

Head north on Beachwood Canyon Drive from Franklin Avenue a little bit more than one mile until you reach Ledgewood Drive. You'll pass by a small market on the way up. Hook a left on Ledgewood Drive, and then keep snaking up the side of the hill. As you're driving up Ledgewood, be on the look out for a sharp right turn (basically a U-turn) onto Rockcliff Drive. Proceed all the way to the end of Rockcliff before turning left onto Deronda Drive. The public entrance to Griffith Park that's closest to the Hollywood Sign sits at the end of Deronda. Here's a Google Maps link that you can plug right in to your cell-phone. 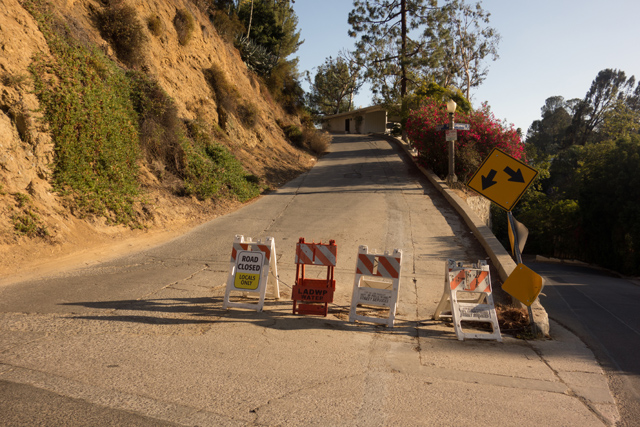 You can totally ignore this. (Matt Tinoco/LAist)

Now, as you may or may not be aware, not all of the folks who chose to live immediately beneath the Hollywood Sign are happy with the likely endless train of people trekking up the mountain. Aside from convincing the city (and Google) to redirect people to the Griffith Observatory, the good neighbors of Beachwood Canyon also have the habit of placing "Locals Only" signs on various roads throughout the area. You may absolutely ignore these signs, and drive on by. 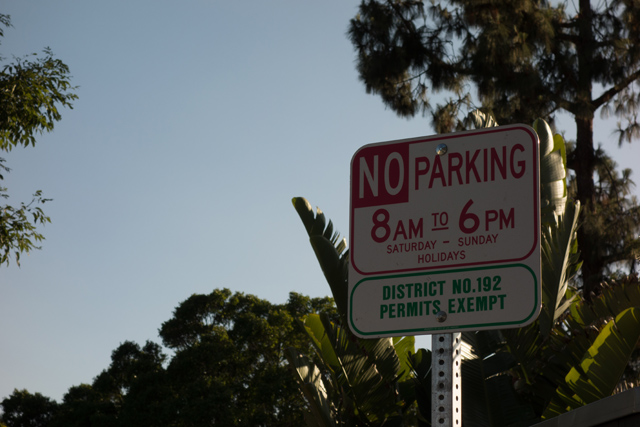 The only signs you need to pay attention to are the ones governing parking. Street parking is plentiful throughout the area, but make sure your car is not blocking access to any driveways or roads. You will be towed or get a ticket. On Deronda, you may park on the western side of the street. Though district parking permits exist, they're only effective on weekends and holidays. If it isn't Saturday, Sunday or a holiday, you are free to park on the western edge of the street for as long as you like (72 hours, technically).

Once you've parked, making sure you're not on the side of the street where parking isn't allowed, head up to the top of Deronda, pass under the white arch and start your hike up. Be sure to go to the bathroom and stock up on water before you head up, as there is no development in this part of Griffith Park. I personally recommend walking up the paved road (Mt. Lee Drive) all the way to the top of Mt. Lee. Aside from a 360 degree view of Los Angeles and The Valley, you'll get the unique vantage point of looking down on the back of the Hollywood sign. If you're just there for some quick pictures, saunter your way up the dirt path that branches to the left once you're at the foot of Mt. Lee Drive. 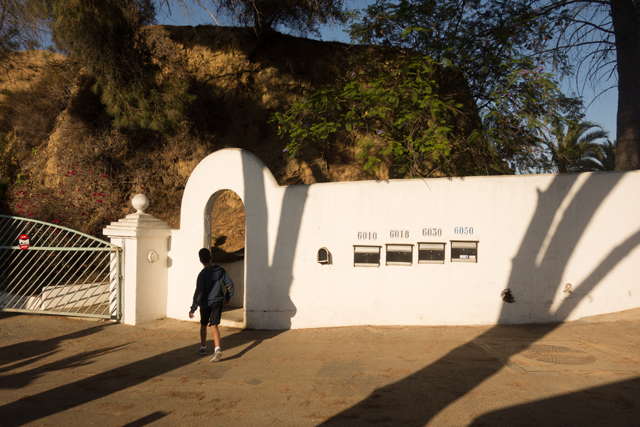 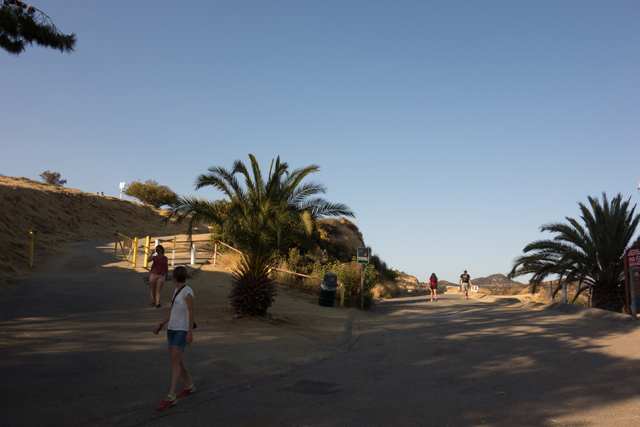 Good views on the dirt path to the left, or look down on the Hollywood Sign if you head right. (Matt Tinoco/LAist)

There are other ways to get to the Hollywood Sign as well, some that involve more or less hiking. Just keep what you've learned above (the signs!) in mind, and be courteous to the folks who live in the area.