New Downtown Museum Will Focus On The Art of Los Angeles 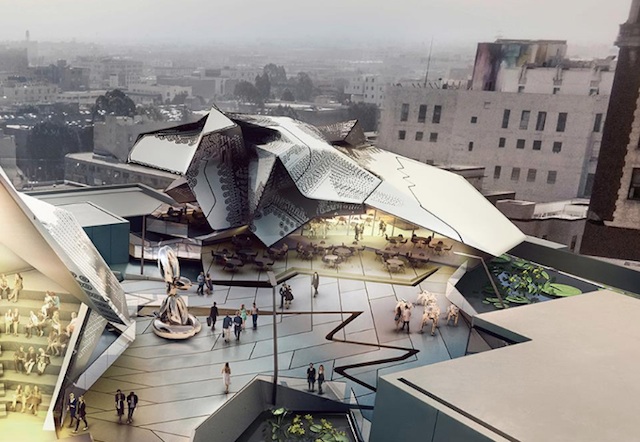 Mayor Eric Garcetti, while courting George Lucas' pet project, said that L.A. has "a museum culture that is unrivaled in the United States."

That culture will be given another boost when the new Main Museum, which will focus on Los Angeles art, lands in the Old Bank District in 2020. According to the L.A. Times, the museum will have 40,000 square feet of exhibition space on the ground floors of the Hellman Building and the Farmers and Merchants Building. It will also include a rooftop sculpture garden.

On Thursday the Times spoke with curator Allison Agsten to get more details about what will be exhibited at the museum. Agsten said that the Main Museum will be different from neighboring museums in some key ways. For one thing, the Main Museum won't have a privately-owned collection of art from all over the world. Rather, it is a non-collecting museum that puts all it efforts into featuring local art. "Considering the environment of Los Angeles, I think we are better off using our resources doing things other than buying stuff," Agsten said about the museum's mission. 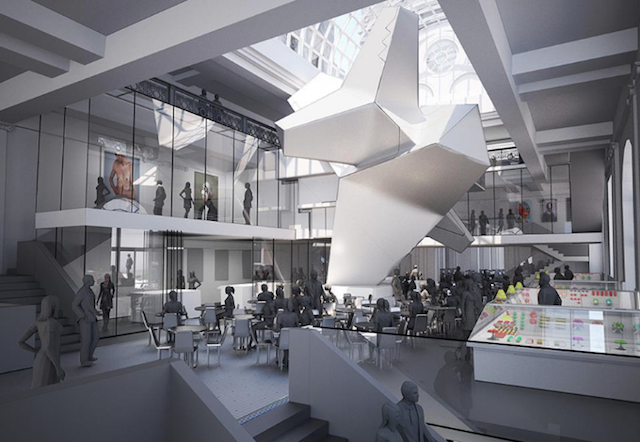 The museum is not expected to open its doors for a few more years. Though, in the meantime, the museum will be hosting a number of "Beta Main" events around the city starting this fall. The first event will start on Oct 30 as a 10-day series produced by L.A. artists Suzanne Lacy and Andrea Bowers. According to the Times, the artists will stage a performance in which Lacy teaches Bowers how to do performance art (Lacy is a performance artist, while Bowers is not). This is a flip-around of a performance the two artists did in New York in 2014—in that show, Bowers taught Lacy how to draw (Bowers, among other things, has illustrated protest flyers in the past). Beta Main will also include "Office Hours," in which local artists are invite to introduce their work to Agsten.

Construction for the Main Museum is slated to cost $55 million, according to Curbed L.A. The first phase of the project, which largely involves renovations to the ground floors of the buildings, is expected to be finished by 2018. The sculpture garden won't be completed until 2020. L.A.-based architect Tom Wiscombe is in charge of designing the building. Wiscombe's website says that the space will be "a three-dimensional space" where "[o]bjects penetrate through floors" and "peek over rooftops."