11 Places To Cool Off With A Summer Cocktail

Summer's here and it's gonna be a hot one. Here are 11 places around town serving refreshing cocktails this summer so you can beat the heat. 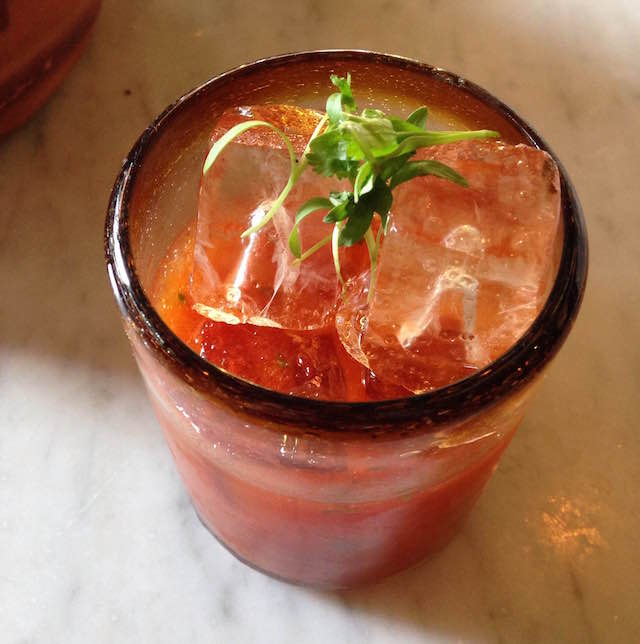 The Padre y Hijo is like a summer Bloody Mary, with Baconora, White Verjus, lime, quince Chammy and cilantro. The cilantro really comes through on this one, so if you're one of those people who can't stand the taste, we'd suggest the Mayan Delight instead. This refreshing cocktail is made with Blanco tequila infused with yerba mate, Dolin Blanc, elderflower, Suze, lemon, cucumber and agave.

While not new, the Tepache Fizz is also good choice, made with blanco tequila, Bols Geneva, Alvear Cream Sherry, lime and fermented pineapple Tepache with grated nutmeg on top. It's served in a tin cup, meaning it'll stay cool in your palms. 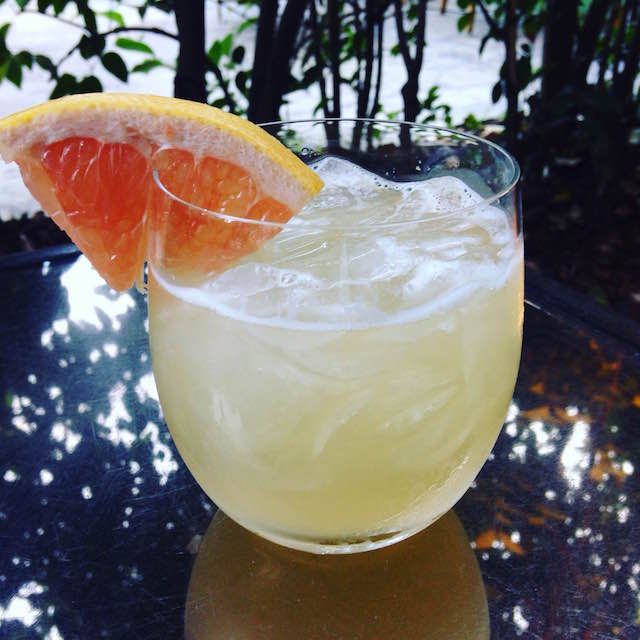 The Roosevelt's pool is one of the best for lounging, which is how one might justify the $18 cocktails. You're paying for pool privileges here!

Each of the Tropicana Pool Cafe's new summer cocktails is named after a different flick—appropriate for its Hollywood location and history. Our favorite, the Twin Peaks, is a smoky and sweet drink with Knob Creek rye, pamplemousse (grapefruit), and lemon. For something sweeter, Lost In Translation is a tasty one made with cazadores, peach puree, lime and agave. And for a very L.A. drink, try the Easy Rider. It's Belevedere vodka in a blended mix of kale, cucumber, lemon and agave. Sure, it takes like you poured vodka into a cold-pressed juice, but it also tastes kind of healthy.

The hotel also recently opened The Garden, which is a quiet little spot to your right as you enter the pool area. It's got games, decent craft beer and pleasant outdoor seating. 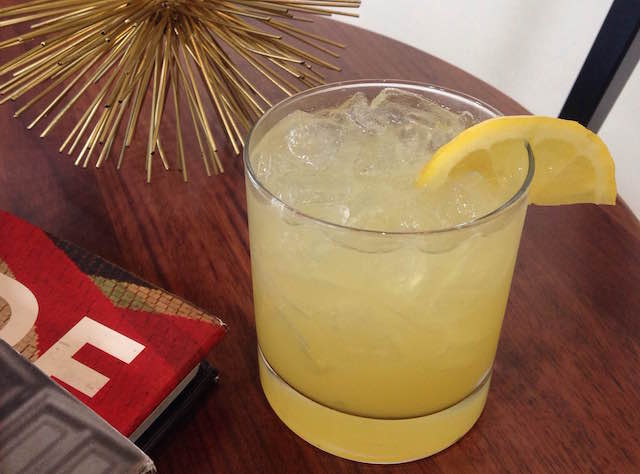 An iced tea is a perfect summer thirst quencher, and you'll find several varieties at the Arts District's very tranquil American Tea Room. However, they've also also got cocktails in addition to their over 200 teas. Our favorite is like the vibrant Zinger, made with tequila, yellow chartreuses, lemon and ginger shrub. 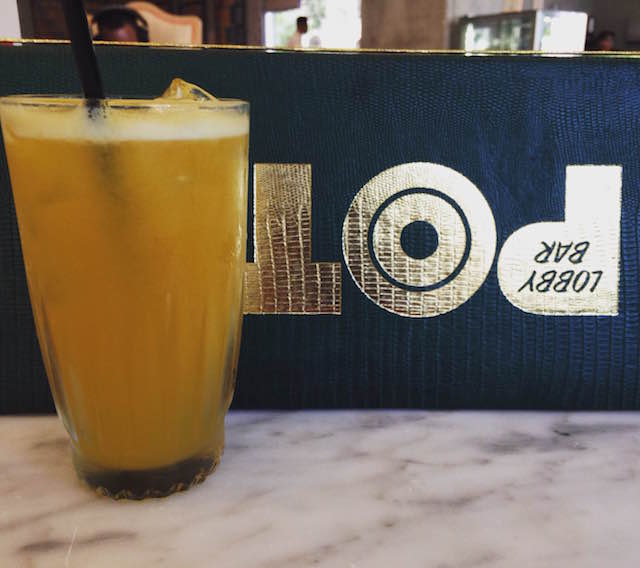 Crafted by bartender Spencer Recor, this cocktail takes Cedar Ridge Rye Whiskey and mixed it with lemon, simple syrup, passionfruit puree and Rekorderlig Passionfruit Cider. This Swedish cider is on the sweet side (think less sweet than a Woodchuck, but not as dry as a Strongbow), but when mixed with the whiskey, it offers an interesting, tart flavor. 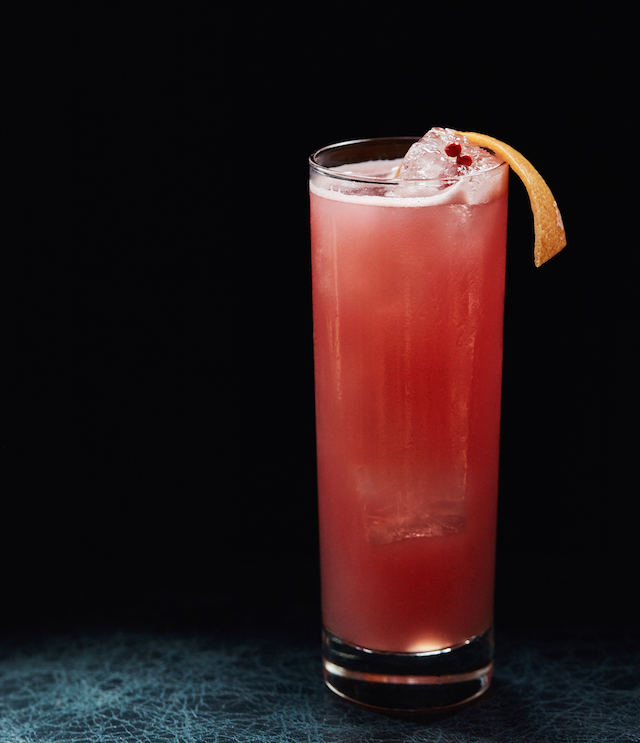 La Remedia is a gin-based drink with watermelon, grapefruit and candied pink peppercorn. Westbound only recently opened on the site of the former La Grande Station. With decor inspired by railcars, it is a very pretty place to have a post-work cocktail, and the beet trifle made with beet meringue, orange cake, brandy caramel and spring herb ice cream had definitely piqued our interest. 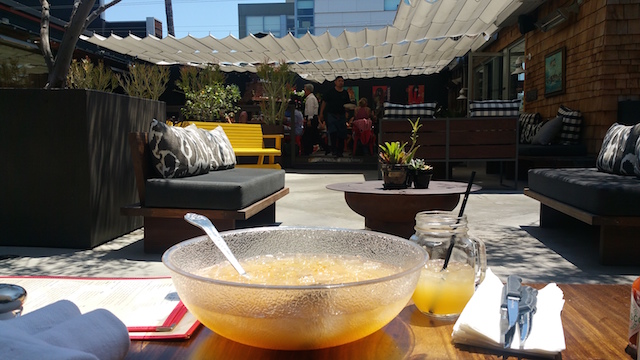 Tart is offering bowls of summer punch. Now, you can't order these alone. You can get a half ($45) with at least three people or a whole with at least six ($65). Flavors include a spiked Arnold Palmer, a giant mimosa and a sangria, but if you're feeling particularly summery, we’d suggest the Georgia Peach Punch: gin, fresh peach puree, lemonade, lime and bay leaves.

They've also got a new beer float, made with Maui Coconut Porter for an adult dessert ($12). 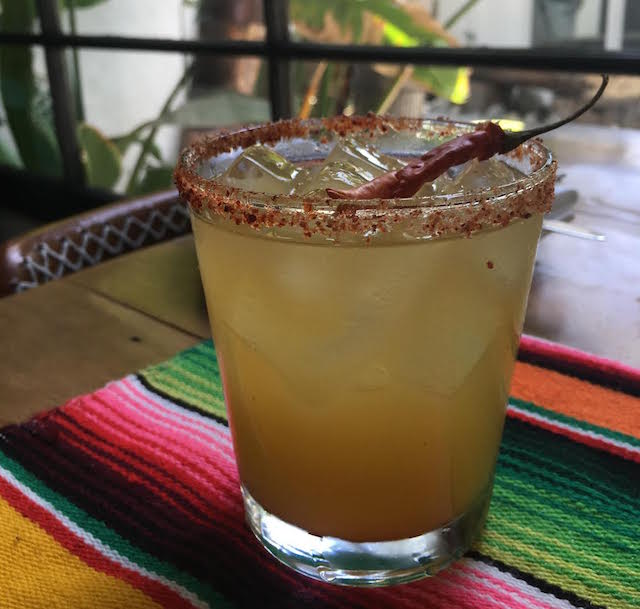 A sweet and spicy summer cocktail at this Toluca Lake spot is the Ancho Mundo, made with Vida Mezcal, ancho reyes chile liqueur, tamarind, pineapple and a chile salt rim. Come for the ancho mundo, then stick around for the fresh, seafood-heavy tapas inspired by coastal Mexican cuisine. 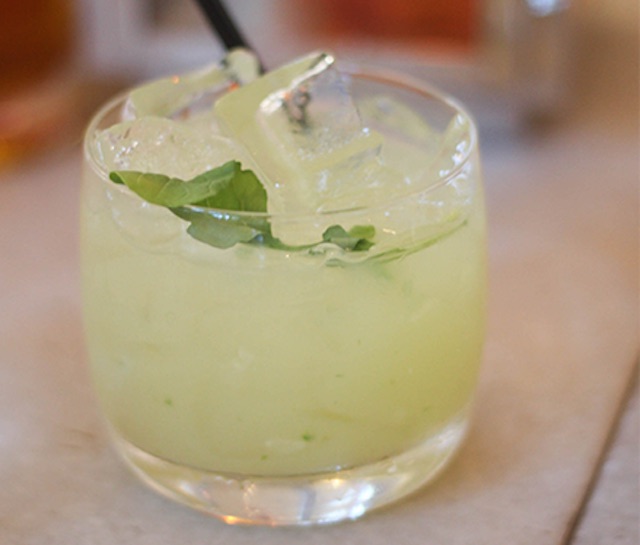 The Greenhouse (Photo via Fig & Olive)

The Greenhouse ($12) is for when you can't decide between a salad and a cocktail. It's made with rum, sweetened with simple syrup, then muddled with celery arugula and black pepper. Of course, if you'd prefer something equally quenching but not so green, we'd suggest the Summer in Provence ($14). Gin, rosemary thyme syrup made in-house, muddled blackberries and lime. 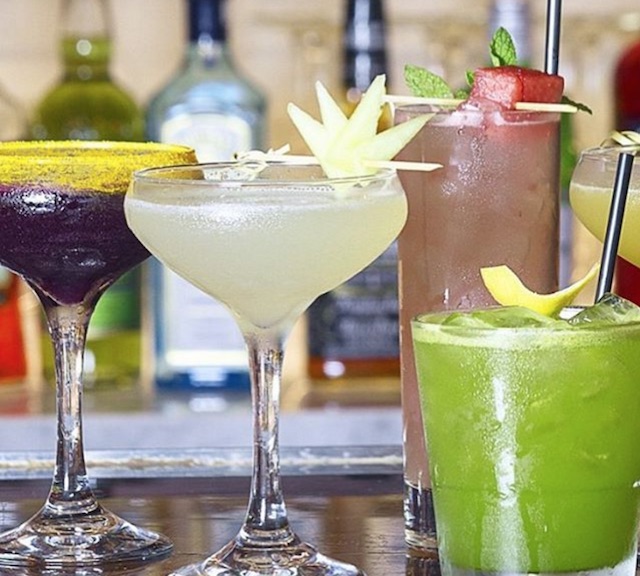 Pick your poison (Photo via Estate/Instagram)

If you're in Santa Monica and looking for something to sip on, we'd recommend going to Estate and ordering the Eastside, simply made with gin, mint, cucumber and lime. Typically $12, you can score the Eastside among a few other craft cocktails for $7 during happy hour, daily from 5 p.m. to 7 p.m. in the downstairs bar and lounge. 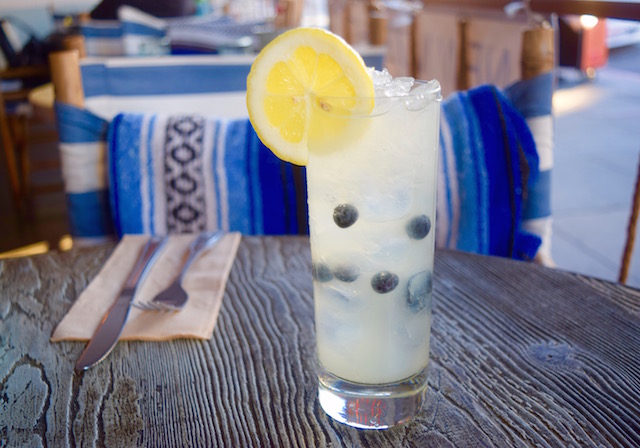 This 3rd Street seafood joint is opening up a lemonade stand for adults on their patio starting Saturday, July 3. The spiked lemonade will come in multiple flavors—such as mango, dragonfruit, blueberry lemon and wild strawberry—and will be available every Saturday and Sunday from 2 p.m. to 5 p.m. throughout the summer. $12. 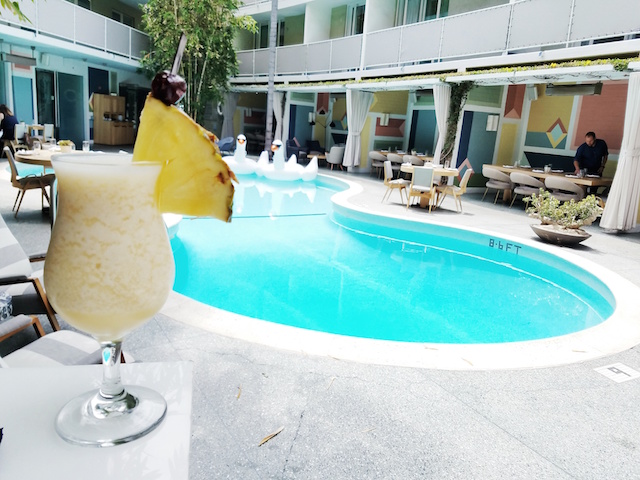 Do you like...never mind. (Photo via Viviane)

If you really want to summer, just go for the frozen pina colada at French restaurant Viviane. Inspired by Ramon Perez, who claimed to have invented the drink while working at the Caribe Hilton Hotel in 1954, Viviane's frozen pina colada is made with El Dorado 3 yr. rum, Hamiliton Guyana Rum, pineapple, coconut cream and lime. Sip it poolside. $16.