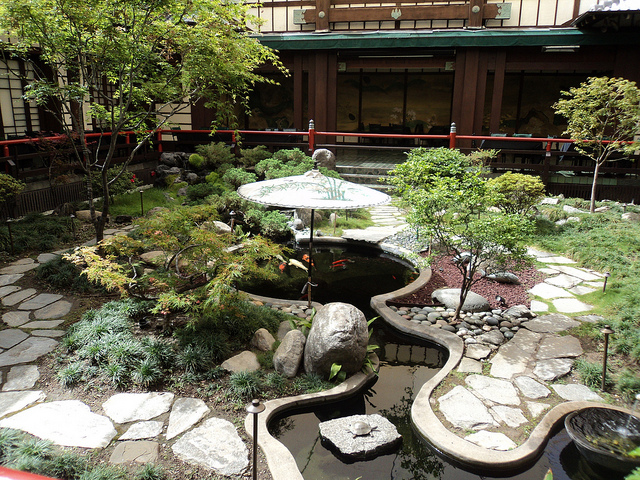 In April we reported that the beloved Yamashiro was closing because its rent had skyrocketed to $100,000 a month. Then, less than two weeks ago, the owners wrote a heart-felt letter saying goodbye to their patrons. We cried. We mourned.

Well, it looks like you can dry your tears, because the restaurant returned last Wednesday under new ownership, according to the L.A. Times. Yamashiro is now run by the BMG Group, Sugar Factory, and TCL Chinese Theaters. According to Zagat, the BNG Group specializes in nightclubs and owns both Lure and Genesis in Hollywood. The Sugar Factory Group has restaurants in Miami, Chicago, and New York that focus on cocktails and all-American fare. TCL Chinese Theaters is perhaps better known by their former identity as Grauman's Chinese Theatre.

You might be worried that the new owners will turn Yamashiro into some sort of sleek nightclub that serves pancakes and chicken tenders. But, as the Times reported, the restaurant will continue to serve its Asian fusion dishes, though the menu will be "refreshed." Chef Christophe Bonnergrace, formerly of Buddha Bar & Little Buddha in Las Vegas, was tapped to run the kitchen.

According the Zagat, the restaurant will undergo some renovations and plans on adding a new sushi bar and lounge. There are also rumors that they'll be bringing back the weekly farmer's market for the summer.

Yamashiro is now open from 5 p.m. to 11 p.m. on weekdays, with reservations available until midnight on weekends.