Founder Of The Abbey Bringing Bottega Louie To West Hollywood 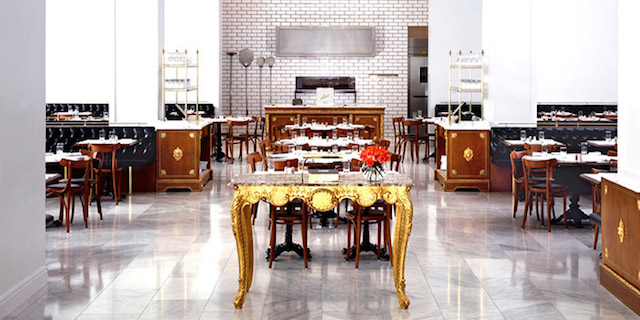 Bottega Louie will soon be opening a second location in West Hollywood, thanks to a partnership with The Abbey founder David Cooley. Eater LA reports that the ever-bustling downtown restaurant and patisserie will set up shop on Santa Monica Boulevard, right around the corner from The Abbey.

Bottega Louie and its work-of-art pastries have become a downtown institution since they opened in the Financial District nearly a decade ago, and we expect nothing less from the WeHo outpost, which is slated to open its doors sometime in 2017.

Frontiers Media reports that the West Hollywood Bottega Louie will have all the same features as the original, including the patisserie, market and full bar, and a similar menu. The space the restaurant will occupy at 8936 Santa Monica Boulevard is approximately 8,900 square feet and will have an estimated 200 seats, according to Frontiers.

Plans for the space, which has previously housed Raffi’s Jewelers, Balliamos dance studio, and an adult store called "Unicorn Alley," have made for "a major drama in WeHo’s Boystown gay nightlife district," according to WeHoVille, who have chronicled the goings-on at length.

They also report that rumors of Bottega Louie taking over the space have circulated for a while, but that "the rumor was that David Cooley was selling his lease on the property to Bottega Louie, not that he would be part of the venture." And as soon as the rumors sprang forth, so too did the discussion of what the patisserie will mean for the future of West Hollywood. As WeHoVille explained:


News that Bottega Louie was going to occupy the Cooleys space has prompted a debate among those who argument that it’s another step in the collapse of Boystown as a gay destination and others who see it as an important addition to WeHo because of Bottega Louie’s popularity.