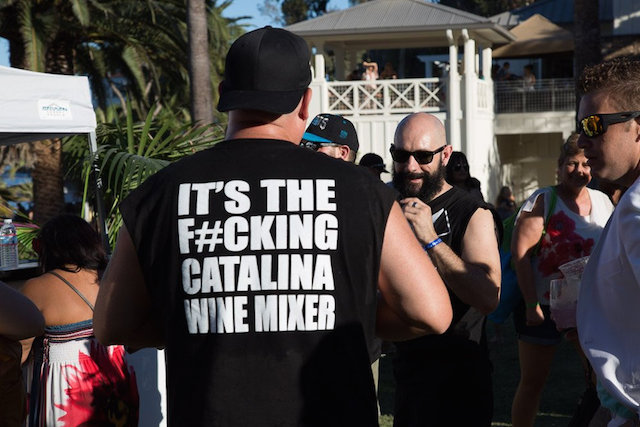 Last year, the ‘F*cking Catalina Wine Mixer’ from Step Brothers was turned into a reality for one day. This year, the event runs for an entire weekend at Descanso Beach Club on Catalina Island.

The F*cking Catalina Wine Mixer returns September 23-25. Guests will enjoy wine, live music from The Dan Band, dancing, DJs and a screening of the film.

If you're unfamiliar with the concept, it stems from the 2008 Will Ferrell/John C. Reilly comedy Step Brothers. Reilly and Ferrell portray two men who, despite being 38 and 40 years old, live with their parents. When Ferrell's mother and Reilly's father decide to get married, the pair become step brothers. They end up both involved in throwing the aforementioned "f*cking Catalina Wine Mixer."

Tickets start at $75 for a single-day pass, $399 for a VIP weekend pass, and considerably more if you want to rent a cabana or a helicopter, which you may do here. Otherwise, you can get there via boat.