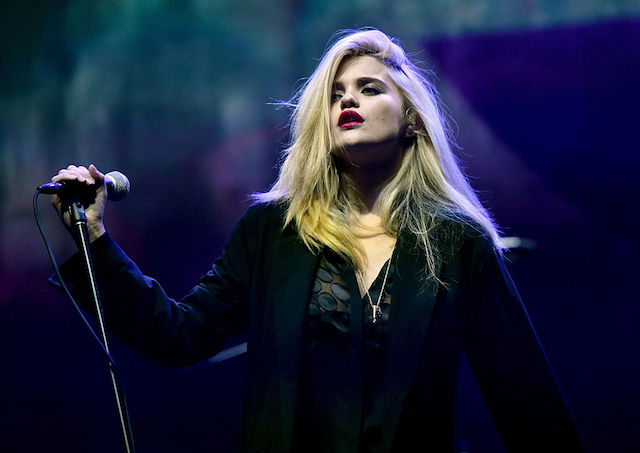 Sky Ferreira is many things, but if you were to read this LA Weekly story, headlined "Sky Ferreira's Sex Appeal Is What Pop Music Needs Right Now," you'd walk away with the impression that the greatest and most worthy asset of the pop singer were her breasts.

In the first paragraph of this column, the writer favorably compares Ferreira to Madonna, who has written and recorded some of the greatest songs of the last four decades and is a transcendent pop icon. In the process, though, he manages to drag down Madonna into his sexual fantasies because, duh, it's all about their boobs: "Both Sky and Madonna have similar breasts in both cup size and ability to cause a shitstorm."


When Ferreira dropped her debut, Night Time, My Time, three years ago, the bare-breasted album cover nearly broke the internet. Misogynists claimed it was a desperate attempt to sell records; feminists saw it as the calculated move of a defiant young woman. A third unnamed group that included me couldn't help but reminisce on the past, on Madonna's defiantly atomic boobs — the two knockers that altered the course of human history.

He goes on to call Ferreira's breasts "killer tits" in the next paragraph, just in case you missed the point that he really likes her breasts.

did editorial nix "titty give music man boner" as a headline? https://t.co/oBHO59Sqk8

You'd be mistaken, to think this was all just icky male gaze objectification, apparently. The writer isn't getting sexually aroused by Ferreira, but intellectually aroused. "Male subjectivity aside, the cosmetic potency of Sky Ferreira's sex appeal shouldn't be objectified or rejected; it should be analyzed, studied, photographed in the same way we've spent decades writing essays about Elvis' hips and Madonna's breasts," the piece states. "We need to embrace the untidy concept that sexuality is part of every pop star's circuitry."

That's great and all, except instead of actually having "analyzed" or "studied" Ferreira's sex appeal and her ownership of it, he runs through it like a lengthy checklist of his fantasies: "She's too nasty to be anyone's schoolgirl fantasy," she has "fresh-faced beauty," "she's the geek's dream girl." For an actual, interesting discussion about Sky Ferreira's sex appeal, check out her interview with Rookie Magazine's Tavi Gevinson.

Oh, and yes, her music does get talked about, but only in passing. You'd barely have any idea the story was about a singer if her music wasn't given a cursory mention in the fourth paragraph.

Sky Ferreira is many things (whether you like her or not) that are worth writing about, but this LA Weekly story reduces her down to the object of one's desire (and this whole piece makes it abundantly clear that it appears to be simply one man's desire) which is gross and demeaning.

Lately, women have been particularly outspoken about their experiences being objectified and treated like they "don't count" in the music industry. It's had real-life consequences: Heathcliff Berru was accused of sexual assault and harassment and lost his job at Life or Death PR. Today was no different:

@skyferreira @LAWeeklyMusic like, i think she is a really important artist/voice and seeing that reduced to "she's hot" is a bummer

ONE MORE TIME FOR THE CHEAP SEATS. You reduce a woman's art to whether you want to fuck her or not, you're trash.

@LAWeeklyMusic amongst many trash fires in online music journalism you've really outdone the competition this time.

Blaque Chris, who is mentioned in the piece, wasn't too happy about his inclusion:

@Cryptoterra yeah dude I'm like actually mad about it. Also please leave my name out of your creepy ass "article", dickhead!

Update [3:15]: LA Weekly has noticed the outpouring of negative feedback, and says they will address it soon:

Seeing feedback to the @skyferreira story & tweet. We hear you. We truly didn't mean to offend & will address further in an upcoming post.

We see & hear all of your feedback, & we appreciate you taking us to task. More to come in a post. Sorry to those we offended